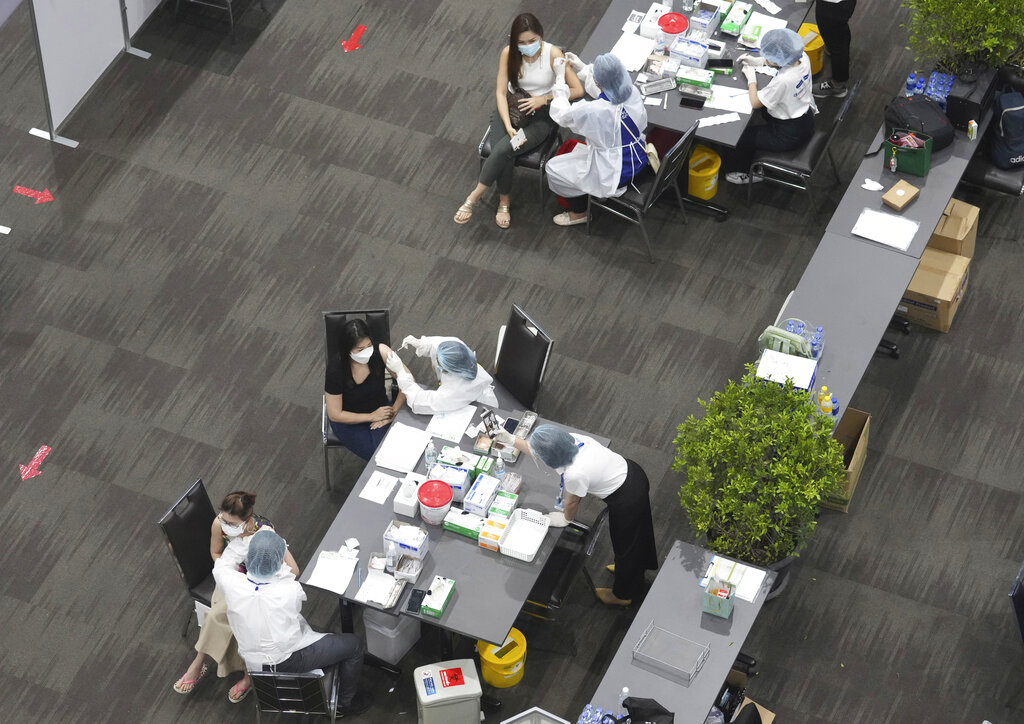 BANGKOK, June 14 (Xinhua) -- Thai officials on Monday tried to play down concerns about COVID-19 vaccine shortage, saying the country's vaccination program will continue apace despite postponed vaccination set for this week due to delivery delays.

"There is a slight technical difficulty, causing the demand to overtake the supply temporarily," but the slight postponement does not mean the vaccination process will not go according to plan, Natapanu Nopakun, an official at the Ministry of Foreign Affairs said at the daily briefing of the Center for the COVID-19 Situation Administration (CCSA).

This came after Bangkok Governor Aswin Kwanmuang announced that vaccination of the first shot scheduled between June 15 and 20 was postponed until further notice. He said inoculation will resume in Bangkok as soon as it received the delivery.

CCSA official Nattapon Nakpanich said at a separate press conference that delivery of locally-produced AstraZeneca vaccine has been delayed, but said delivery will be entirely provided as planned.

The country will ensure that 50 million people get the first dose of vaccine in September or October as planned, Nattapon said, reaffirming that 6 million shots will be administered this month as planned.

Thailand started on June 7 a mass vaccination program amid efforts to stem its worst coronavirus outbreak since the pandemic began.

As of Sunday, the country has administered more than 6.18 million doses of vaccine. It has set a target of vaccinating about 70 percent of its nearly 70-million population by the end of the year.