NEW DELHI (AP) — A promise of free COVID-19 vaccination has become an issue in key state elections in India.

Finance Minister Nirmala Sitharaman made the promise when releasing the ruling Hindu nationalist party’s manifesto for elections that begin in Bihar state next week.

Every Bihar resident will be given vaccinated for free when a COVID-19 vaccine becomes available, she said, adding at least three vaccines are in the final trial stage and are on the cusp of production in the country.

The promise angered the Congress and other opposition parties who accused Prime Minister Narendra Modi’s party of politicizing the pandemic and playing on people’s fears.

Bihar is India’s third-largest state with about 122 million people. 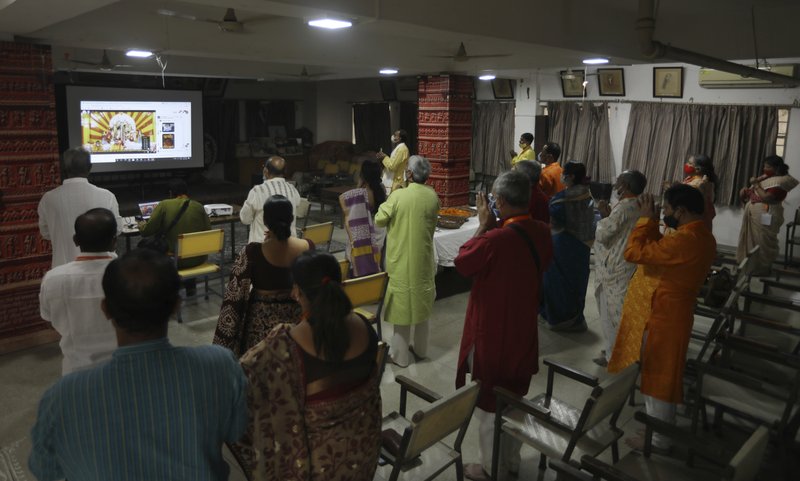 India added fewer than 60,000 new cases for a fifth day Friday, with the 54,366 new cases taking the overall tally past 7.7 million. It has the second-most cases in the world behind the U.S., though cases have declined in recent weeks. Modi and others have urged continued vigilance during ongoing religious festivals and the cold season.

The Health Ministry also reported 690 deaths in the past 24 hours, raising total fatalities to 117,306.

In other developments in the Asia-Pacific region:

— Health officials in Thailand say a French woman on the resort island of Samui has tested positive for the coronavirus and probably acquired it after arriving in Thailand in what could be one of few cases of local transmission. The finding was announced the same week that Thailand began allowing some tourists to enter again after banning all commercial flights since early April. On Tuesday, 39 tourists from Shanghai flew into Bangkok under a special tourist visa program that allows in a limited number of visitors under tight restrictions, including a 14-day quarantine upon arrival. Also under quarantine are passengers and crew of the flight the family took to Samui and 40 workers at the quarantine facility in Bangkok. Those test results are pending.

— South Korea recorded its highest increase in coronavirus cases in more than 40 days on Friday as more infections were reported at hospitals and nursing homes. A nursing home in Namyangju, east of Seoul, was put under isolation after more than 30 workers and residents tested positive. Around 120 infections have been linked to a hospital in nearby Gwangju. The 155 new cases announced Friday by the Korea Disease Control and Prevention Agency brought the national caseload to 25,698, including 455 deaths. The steady spread of the virus has caused concern in a country that eased its social distancing restrictions just last week to cope with a weak economy. High-risk businesses such as nightclubs and karaoke bars have reopened while fans returned to the stands in professional sports.

— The U.N. chief says it’s “very frustrating” that leaders of the 20 major industrialized nations didn’t come together in March and establish a coordinated response to grapple with the coronavirus in all countries as he proposed. The result, he says, is every country is taking its own sometimes contradictory actions, and the virus is moving “from east to west, north to south,” with second waves of infections now affecting many countries. Ahead of the Group of 20 summit next month, Secretary-General Antonio Guterres said in an interview with The Associated Press that he hopes the international community now understands “they need to be much more coordinated in fighting the virus.”