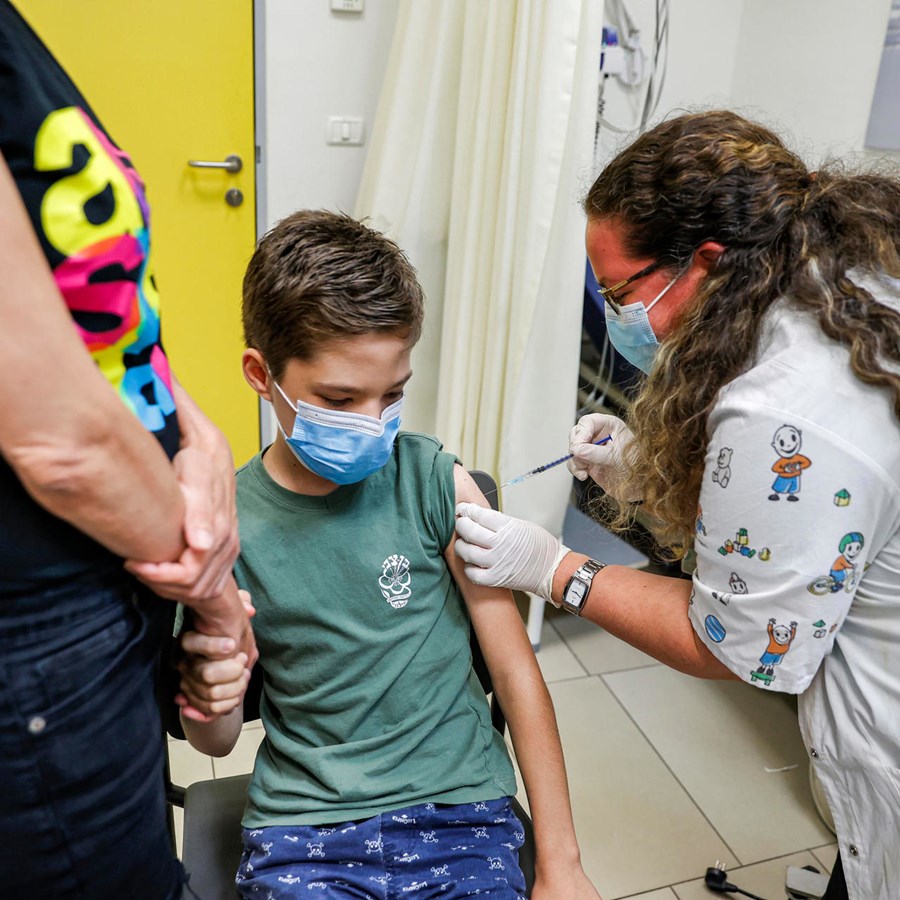 A boy receives a dose of the Pfizer/BioNTech COVID-19 vaccine in the Israeli city of Holon near Tel Aviv. (Photo: AFP)

While the Alpha variant first discovered in the UK is the predominant strain now circulating in the European Union, that is expected to change quickly, the European Centre for Disease Prevention and Control said.

"It is very likely that the Delta variant will circulate extensively during the summer, particularly among younger individuals that are not targeted for vaccination," Andrea Ammon, the centre's director, said in a statement.

The Delta variant, first identified in India, is more infectious than other strains, she said, adding "that by the end of August it will represent 90 percent" of new cases in the EU.

The centre's warning comes as Russia warned of an "explosive" surge in infections that has been made worse by low rates of vaccine uptake.

The UK has also seen the Delta variant become dominant, but has been shielded by a successful vaccination campaign, with 82.5 percent of adults having had at least one jab and 60 percent fully protected.

"It is very important to progress with the vaccine rollout at a very high pace" in order to stop the spread of the variant and mitigate its health impact, the centre said.

"At this stage it becomes crucial that the second vaccination dose is administered... to speed up the rate at which vulnerable individuals become protected," Ammon said.

"Unfortunately, preliminary data shows that it can also infect individuals that have received only one dose of the currently available vaccines," Ammon said.

"The good news is that having received two doses of any of the currently available vaccines provides high protection," she added.

In the UK, hospitalisations and the numbers of patients on mechanical ventilators have crept up in recent weeks. There were 250 people requiring help breathing on June 22, more than double the number from a month earlier, National Health Service data show. Still, both measures are well down from their peak.

The centre also urged countries to be cautious about relaxing curbs aimed at limiting the spread, especially over the summer months.

Any relaxation "could lead to a fast and significant increase in daily cases in all age groups," the agency said.

This increase could in turn lead to a rise in "hospitalisations, and deaths, potentially reaching the same levels of the autumn of 2020 if no additional measure are taken," it said.

France on Wednesday added Russia to its list of countries from which non-essential travel is banned, as concern grows over the spike of cases in Moscow.

With 50,000 new infections recorded in Moscow over the past two weeks, Mayor Sergei Sobyani on Wednesday warned that "the situation has become explosive," with 90 percent of cases being the Delta variant.

Since it was first discovered in India at the end of last year, the Delta variant has been reported in 85 countries according to the World Health Organization.

In mid-June, the emergence of the Delta variant in the UK prompted Prime Minister Boris Johnson to delay a planned full lifting of virus restrictions in England.

Portugal has also recently seen a rise in cases and on Tuesday reported that more than half of new cases in Lisbon were from the Delta variant.