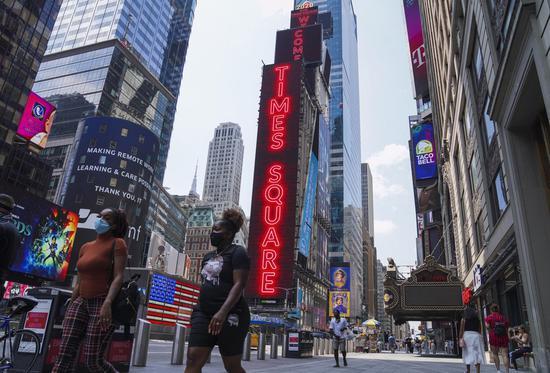 It is in everybody's interests to make sure COVID-19 vaccines are adequately supplied across the globe, according to a report by CNBC on April 7, citing experts including the top economist from the IMF.

"Low- and middle-income countries have had the challenge of getting vaccines because of the phenomenon of vaccine nationalism. Most of the developed countries have a lot of the vaccines," Faisal Shuaib, CEO of Nigeria's National Primary Health Care Development Agency, told CNBC last month.

Whereas high-income nations have purchased more than 4.6 billion doses of COVID-19 vaccines, low-income countries have bought 670 million doses, according to data from the Duke Global Health Innovation Center, the report said.

While many Western economies, such as the United Kingdom and the United States, hope to vaccinate the vast majority of their populations in the coming months, some countries might not be able to achieve that before 2024, said CNBC.

"We now live in a global village, before you know it, the infection will go across to even developed countries. So from a scientific point of view it really doesn't make sense to hold on to vaccines when there is no equity and fairness in the distribution globally," Shuaib said.

The International Monetary Fund had initially forecast a 3.4 percent rise in global output for 2020. But shortly after the pandemic hit, the IMF cut its projection to a contraction of 3 percent, predicting it would be the worst economic shock since the 1930s, the report said.

In more recent calculations, the IMF estimated that global economic activity in fact fell by 3.3 percent last year, with the chances of an immediate recovery in 2021 threatened by renewed waves of infection and further mutations.

"The main weapon we have are vaccines," IMF chief economist Gita Gopinath told CNBC on Wednesday.

"We are seeing virus mutations happening and for as long as many parts of the world remain unvaccinated, you are going to see many more of these mutations and that is a big concern for the global economy," she said.