With health insurance availability, cost and coverage on the line for millions of Americans, a federal appeals court seemed inclined Tuesday to rule that the core provision of President Barack Obama's signature health care law is unconstitutional. 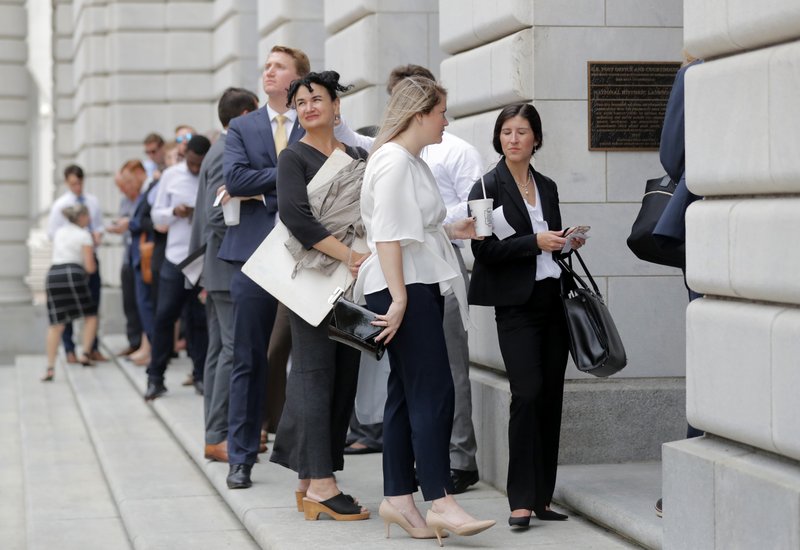 Two Republican-appointed judges on a three-judge panel of the 5th U.S. Circuit Court of Appeals peppered lawyers defending the law with skeptical questions, appearing to suggest they might hold that when Congress zeroed out a tax imposed by the law in 2017 it rendered unconstitutional the mandate to purchase health insurance.

It was less clear after the arguments whether the judges also would invalidate the entire health care law, as the Trump administration favors.

The hearing marked the latest development in a 2018 lawsuit by 18 Republican-leaning states claiming that the absence of a tax converts the law into an unconstitutional directive to U.S. citizens to buy a product. A lower court judge ruled in December that it did, and that the entire law must fall as a result. That includes popular provisions such as protection for pre-existing conditions.

As Judge Jennifer Walker Elrod questioned the law's supporters — attorneys for 20 Democratic-leaning states and the House of Representatives — she said the law's "command" that people buy insurance appeared intact without the tax penalty and she questioned the mandate's constitutionality. Judge Kurt Engelhardt seemed to agree. And he pointedly suggested that the courts shouldn't have to work out what parts of the law should or shouldn't survive.

"Congress can fix this," he said at one point.

It was unclear when the panel would rule. The case is likely headed to the Supreme Court, where the same five-justice majority that has twice voted to uphold the law — in 2012 and 2015 — remains in place.

"This is a political solution that you, various parties, are asking the court to roll up its sleeves and get involved in," Engelhardt said at one point near the end of Tuesday's arguments.

But Douglas Letter, an attorney for the House, argued that eliminating the tax penalty didn't undermine the law's constitutionality. And he said Supreme Court precedent dictates that the courts should strive to uphold as many of the law's provisions as possible.

"Remember that the kinds of provisions here that would be struck down if there's no severability are, for example, the provision about when you can be denied or charged more insurance for preexisting conditions," Letter said. "The provision about children can be kept on parents' insurance until they're 26 ..."

Obama signed the health care act into law in 2010.

The lawsuit, spearheaded by the Texas Attorney General's Office, was filed after Congress, in 2017, zeroed out a tax the Affordable Care Act imposed on those without insurance. Republicans had tried, but failed to win full repeal of "Obamacare," as Trump had wanted.

In challenging the law anew, "Obamacare" opponents cited the U.S. Supreme Court's 2012 ruling upholding the legislation. In that ruling, conservative justices rejected the argument that Congress could require everyone to buy insurance under the Constitution's interstate commerce clause. But Chief Justice John Roberts, joining four liberal justices, said Congress did have the power to impose the tax.

Among the arguments by the law's supporters: Those who filed suit have no case because they aren't harmed by a tax that doesn't exist; the reduction of the tax penalty to zero could be read as a suspension of the tax, but the tax's legal structure still exists; and if the individual mandate is now unconstitutional, that doesn't affect the rest of the law.

When the law was proposed, friends and foes of "Obamacare" agreed that the tax was essential to persuade healthy people to get insured, thereby keeping premiums in check. But this year — the first time no fines will be collected — the number of people signing up for subsidized private insurance through the Affordable Care Act slipped only slightly.

The government said in March that a total of 11.4 million people signed up during open enrollment season, a dip of about 300,000 from last year.

Democrats in the U.S. Senate said Monday that Republicans will pay a political price if the case results in the loss of the popular health care law.

"If they are successful in striking down the Affordable Care Act, Republicans will own all of the consequences," Senate Democratic Leader Chuck Schumer of New York said on a call Monday with reporters.

Asked about the court case, Senate Majority Leader Mitch McConnell promised lawmakers would uphold protections for people with pre-existing medical conditions if the health law is struck down.

"There's nobody in the Senate not in favor of covering pre-existing conditions, nobody," the Kentucky Republican said, adding he thinks it's likely the case will go back to the Supreme Court.

However, McConnell did not promise that Congress would be able to pass a replacement for the ACA, as Republicans had once assured the public they would do.