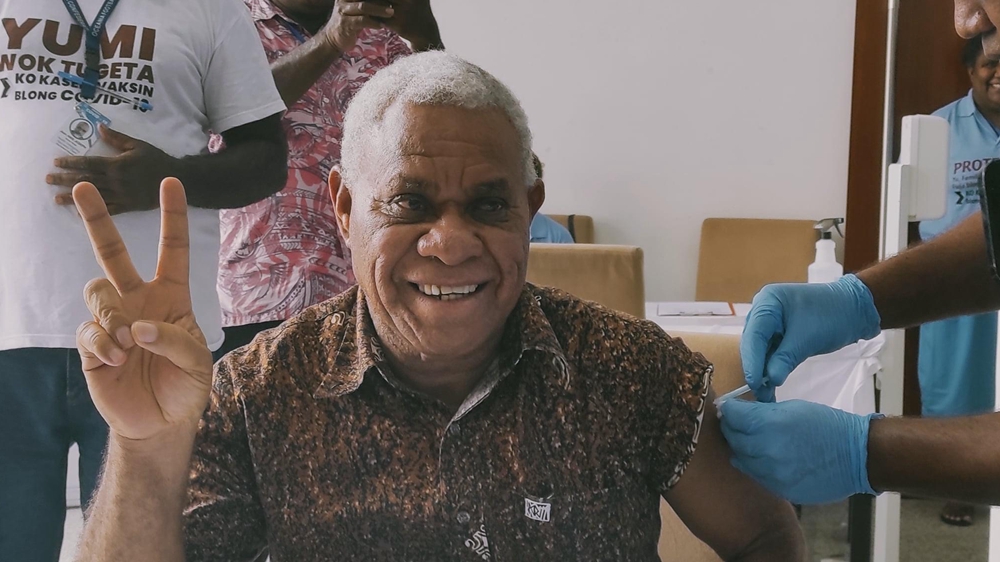 Vanuatu Prime Minister Bob Loughman makes a gesture to show he felt good after receiving the first dose. (Photo: Courtesy of the Chinese Embassy in Vanuatu)

Vanuatu's Prime Minister thanked China for the COVID-19 vaccines it donated at a Sinopharm vaccine launch at the National Convention Center in Port Vila on Tuesday.

Prime Minister Bob Loughman expressed his sincere appreciation to the Chinese government on behalf of the government and the Vanuatu people for its continued support of and generous assistance to Vanuatu in this difficult time.

He said the Sinopharm vaccine is the second COVID-19 vaccine to arrive in the country, and he decided to step forward to take the first jab.

"It is basically to give comfort to all of the country that when we want to improve our economic activities," he said.

Loughman also pointed to WHO's listing of the Sinopharm COVID-19 vaccine as proof of its efficiency and safety, stressing that "it is important that we protect ourselves before we could invite our other friends to come to our country." 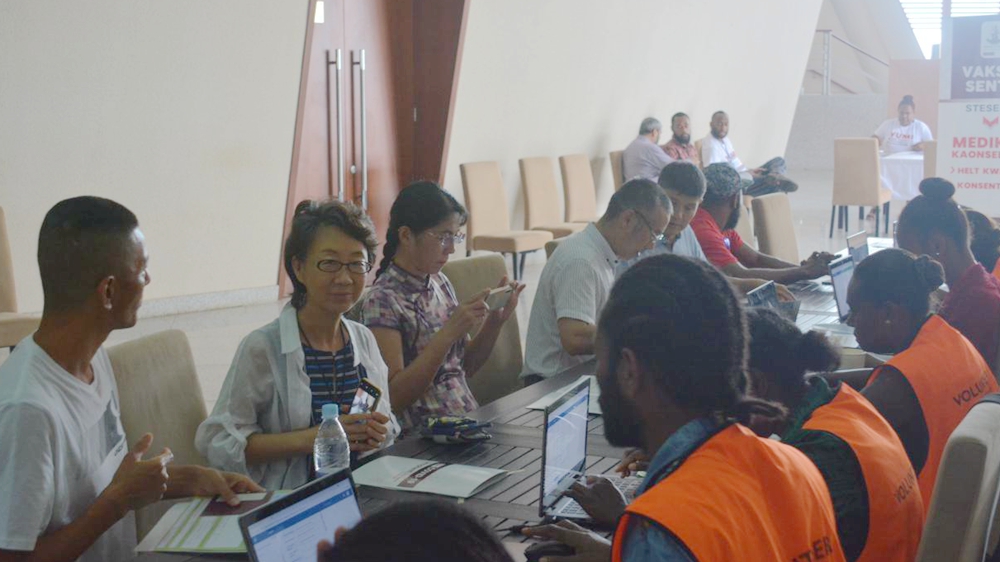 Some Chinese citizens wait for the injection of the Sinopharm vaccine. (Photo: Courtesy of the Chinese Embassy in Vanuatu)

The prime minister also appealed to Vanuatu chiefs and pastors to come together and help pass on the information to the people and persuade them to listen to the health authority's advice.

Loughman received the first dose of the Sinopharm vaccine on the scene, following the launch. 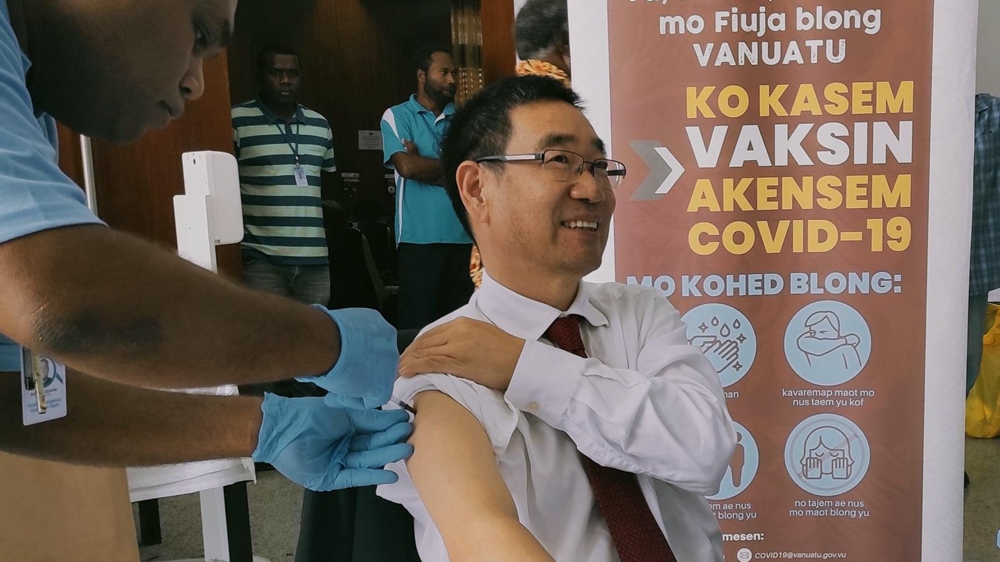 Chinese Ambassador Zhou Haicheng receives a dose of the Sinopharm vaccine. (Photo: Courtesy of the Chinese Embassy in Vanuatu)

On June 7, the first batch of COVID-19 vaccines donated by the Chinese government was transported via Air Vanuatu's charter flight and arrived in Port Vila, the capital of Vanuatu.

It was the second batch of COVID-19 vaccines and the first bilateral vaccine donation the Pacific Island country has received.