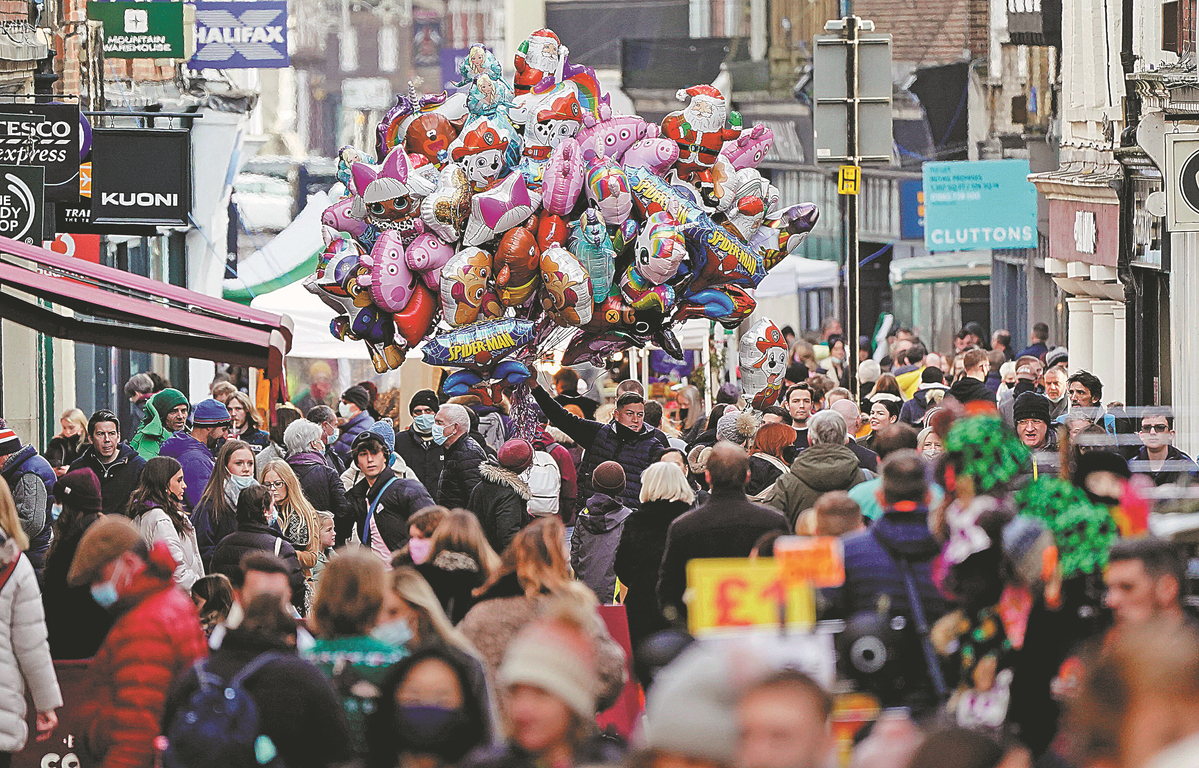 Crowds at Christmas, such as this scene in Winchester on Tuesday, worry many in England. The UK government refused to rule out introducing further COVID-19 restrictions. (Photo: AP)

Hospitals in the United Kingdom's capital are struggling because of the fast-spreading Omicron variant.

With a population of around 10 million, London has significantly more infections and a much higher percentage of infections than anywhere else in the UK. It has been described as the nation's Omicron "epicenter".

The virus is creating problems by not only hospitalizing more people, but also making more National Health Service employees take sick leave. With more work to do and fewer people to do it, hospitals are dealing with massive problems.

There are currently 129 people in hospital with the Omicron variant of the coronavirus and so far 14 people have died with it, Gillian Keegan, junior health minister told Sky News on Wednesday.

She also said the UK government would not hesitate to bring in further COVID-19 restrictions if the data showed it was necessary.

British Prime Minister Boris Johnson said on Tuesday that he would not introduce new restrictions in England before Christmas, but the situation remained extremely difficult and the government might need to act afterward.

Mortimer said NHS workers on sick leave typically account for around 5 to 6 percent of the workforce at this time of the year, but it is already up to 8 or 9 percent in some places.

"Lots and lots of our colleagues are changing their plans over the next week, so that they can work extra shifts," he said, while acknowledging that some nonemergency procedures will surely have to be canceled.

On Wednesday, the UK government said it was reducing the self-isolation period from 10 to seven days from Wednesday for people in England who get negative results for lateral flow tests two days in a row.

Those who receive a negative lateral flow result on the sixth and seventh day of their self-isolation period, with tests taken 24 hours apart, will no longer have to isolate for 10 days.

However, the UK Health Security Agency said it "strongly advised" those who leave their self-isolation after seven days to limit contact with others in crowded or poorly ventilated spaces, work from home, and minimize contact with those most vulnerable to the virus.

Also on Wednesday, official data showed Britain's economy grew more slowly than previously thought in the July-September period, before the Omicron variant posed a further threat to the recovery later in the year.

GDP in the world's fifth-biggest economy increased by 1.1 percent in the third quarter, weaker than a preliminary estimate of growth of 1.3 percent as global supply chain problems weighed on manufacturers and building firms.

That was slower than the economy's 5.4 percent bounce-back in the second quarter when many coronavirus restrictions were lifted, the Office for National Statistics said.