Variants-wary Germany turns back 5,000 at border

German authorities say police have turned back some 5,000 people at the country’s borders with the Czech Republic and Austria’s Tyrol region since tight controls were introduced on Sunday. 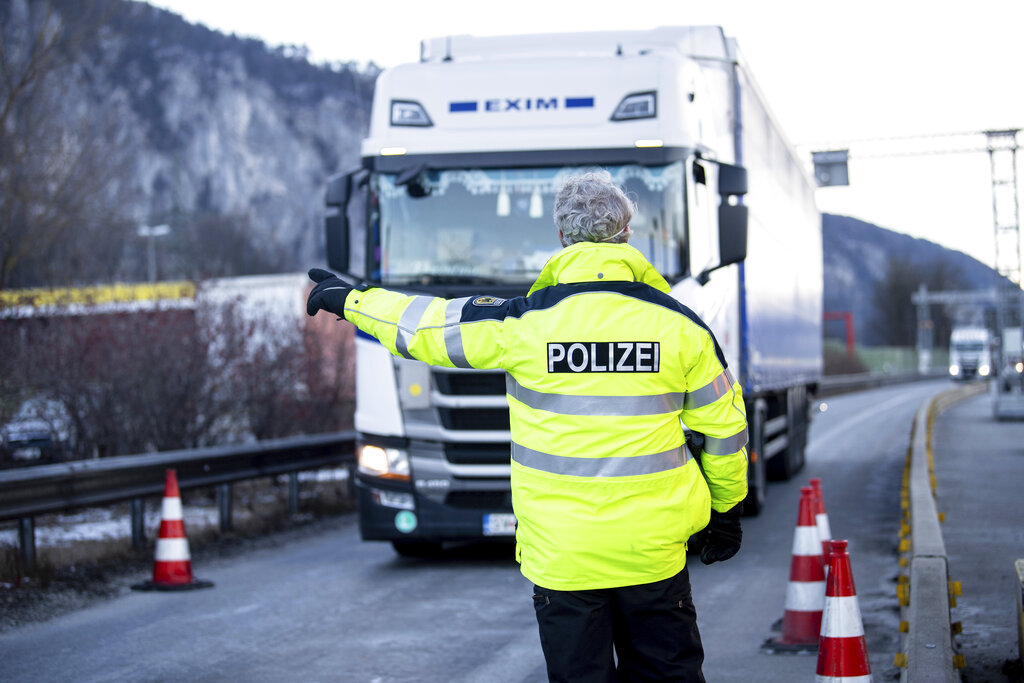 A federal police officer directs a truck driver coming from Austria into the border checkpoint on the A93 motorway near Kiefersfelden, Germany, Monday, Feb. 12, 2021. (Photo: AP）

Germany imposed checks to slow the spread of the British coronavirus variant from the Czech Republic and the South African variant from Tyrol. It is restricting entry to German citizens and residents, truck drivers, transport and health service workers and a few others including cross-border commuters working in “systemically relevant sectors.” All have to show a negative coronavirus test.

Interior Ministry spokesman Steve Alter said, by Monday morning, federal police had checked about 10,000 people and turned back some 5,000. 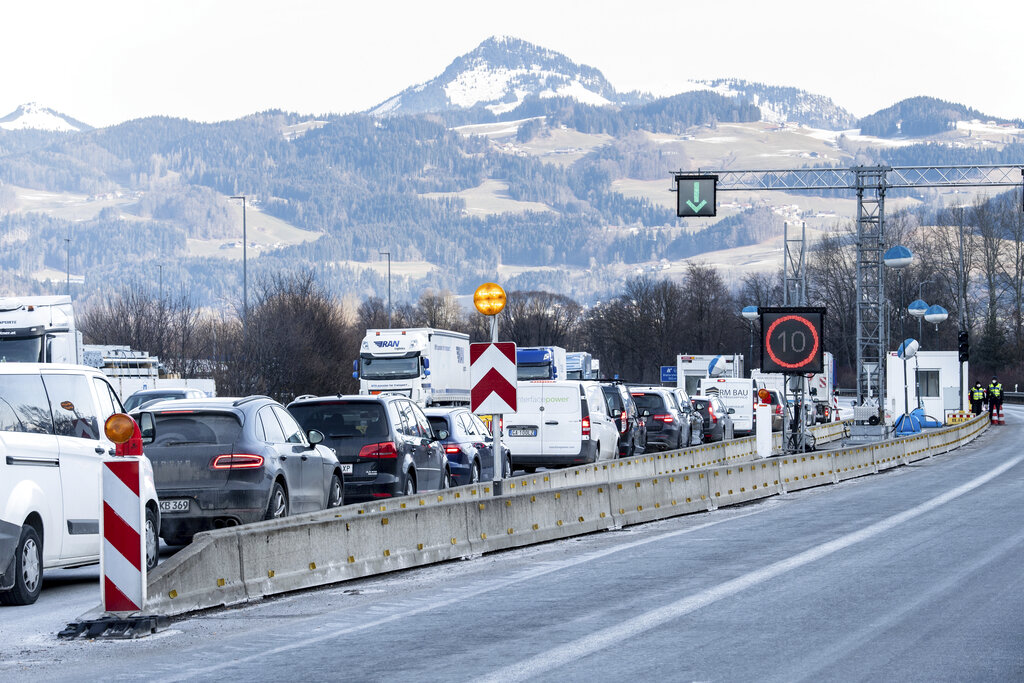 Cars coming from Austria stuck in traffic at a border checkpoint on the A93 motorway near Kiefersfelden, Germany, Monday, Feb. 15, 2021. (Photo: AP)

The checks have prompted strong criticism from Austria.

Chancellor Angela Merkel’s spokesman, Steffen Seibert, defended the German measures. He said that “the German government had to act here” to prevent the rapid spread of more contagious virus variants.