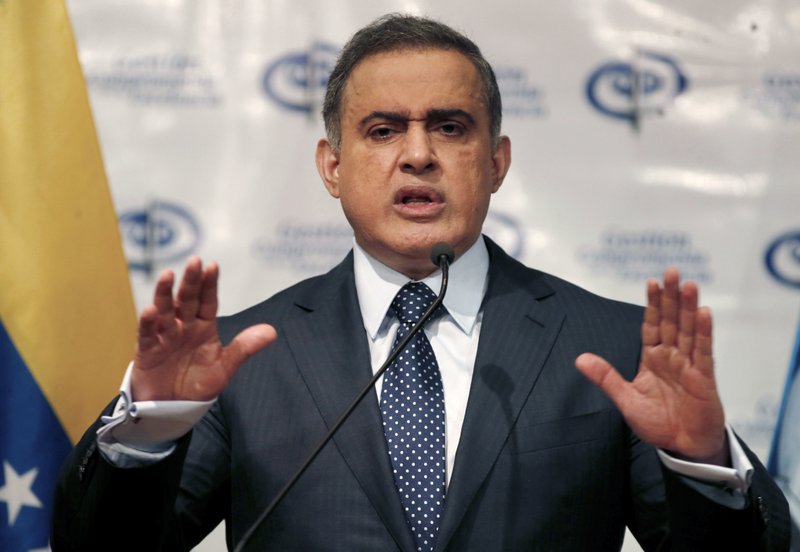 Venezuelan authorities detained the acting president of Citgo, the state-owned oil company’s U.S. subsidiary, and five other executives for their alleged involvement in a corruption scheme, officials said Tuesday.

According to Saab, the deal provided “unconscionable and unfavorable” terms for state oil giant PDVSA and offered Citgo itself as a guarantee on repayment without prior government approval. Mediators of the contract were purportedly eligible for a 1.5 percent payoff of the total.

Venezuela’s Minister of Communication Jorge Rodriguez accused the men of acting as spies for North American interests in exchange for a few dollars.

“They will wear yellow jumpsuits and have a new address in the General Penitentiary of San Juan de los Morros,” he said.

The detentions are part of an ongoing investigation by Venezuelan authorities into the country’s oil sector, which has struggled in recent years amid mismanagement and declining production.

Officials at Citgo distanced themselves from the arrests, saying in a statement that the Houston-based company operates independently and meets the standards and regulations set by the United States. The company adds that it is closely monitoring the situation.

The arrests come amid an ongoing probe by U.S. prosecutors spanning multiple years into corruption at state oil company PDVSA. The U.S. Treasury Department in 2015 accused a bank in Andorra of laundering some $2 billion stolen from the state oil company.

Some 10 individuals have pleaded guilty for their role in the payment of bribes and kickbacks, and U.S. federal officials in October arrested four high-ranking officials, including at least two aides to Venezuela’s ambassador to the United Nations.

The Trump administration imposed sweeping financial sanctions against Venezuela in August, prohibiting financial institutions from providing new money to the government or PDVSA. The sanctions also prohibit Citgo from sending dividends back to Venezuela as well as ban trading in two bonds the government recently issued to circumvent its growing isolation from western financial markets.

Venezuela has struggled to crawl out of economic ruin amid triple-digit inflation, food and medical shortages and a decline oil prices. Maduro recently announced his plan to renegotiate foreign debt that he said had become impossible to pay because of a U.S.-led financial “blockade” against the socialist nation, though he has offered few details to investors on how he plans to do that.

The Venezuelan government and PDVSA officially defaulted on billions of dollars’ worth of bonds earlier this month. The International Swaps and Derivatives Association, a group of banks and brokers that determine whether an entity like Venezuela has failed to make on-time payments on its debts, recently voted to say that Venezuela had defaulted. Two other rating agencies — Fitch and Standard & Poor’s — have also determined that Venezuela’s government is in default.