WORLD Venezuela brands US as 'racist', 'enemy' and 'terrorist'

Venezuela brands US as 'racist', 'enemy' and 'terrorist'

Venezuela's Permanent Representative to the United Nations Samuel Moncada said Tuesday that the "racist" Trump administration is trying to fabricate a war on Venezuela. 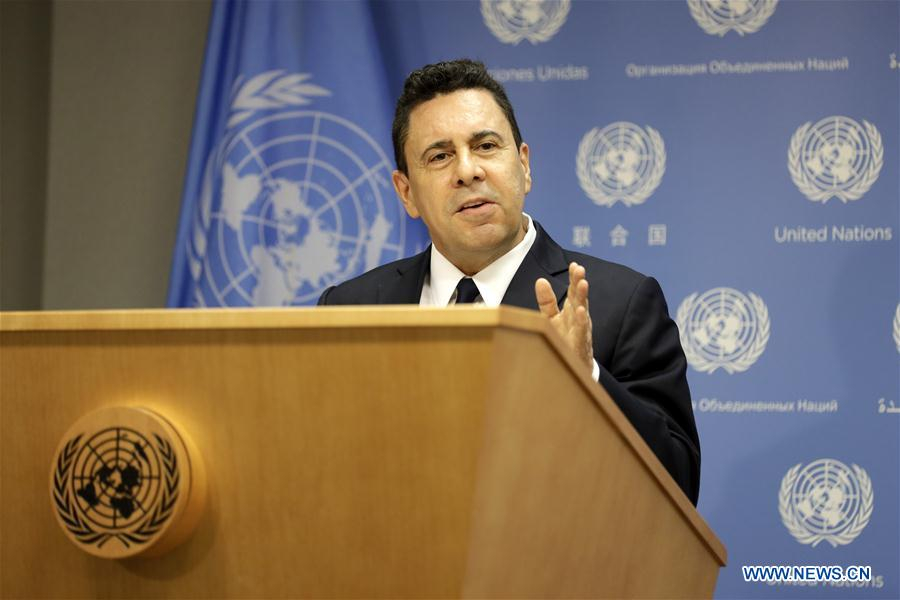 Venezuela's Permanent Representative to the United Nations Samuel Moncada speaks to journalists during a press conference at the UN headquarters in New York, August 6, 2019. (Photo: Xinhua)

The Trump administration, "the racist-ever administration in the history of this continent (American Continent), is trying to fabricate a war on Venezuela," Moncada told reporters at the UN headquarters in New York.

"The militarization of the relations with Venezuela is one of the dangers that we are trying to expose," he noted.

U.S. national security adviser John Bolton, addressing a summit on Venezuela in the Peruvian capital Lima on Tuesday, emphasized that tougher international action was needed to speed up a transition of power in the country.

"The United States now is a threat to international peace, and we are asking the Security Council to take action," Moncada told reporters, adding that Bolton is "the enemy of dialogue."

U.S. President Donald Trump signed an executive order to freeze all Venezuelan government assets in the United States on Monday.

The Maduro government denounced the executive order in a statement.

"This decision from the government in the United States attempts to award a legal form to the sanctions in all the assets and properties of the Venezuelan state, constituting the most grotesque and shameless sacking in international relations' modern history," the statement said.

"In the face of the imperialist attack, President Nicolas Maduro ratifies his call to unity for all Venezuelans to confront the economic and political terrorism in this new phase."

Venezuela's vice president Delcy Rodriguez said the latest U.S. sanctions are an attack on private property and a threat to world order.

"The U.S. has to understand once and for all that they aren't the owners of the world," she said on Tuesday.

"Every country that has investments in the U.S. should be very worried because this sets a dangerous precedent against private property," she added.

She also noted that the U.S. measures are likely to bring additional hardships on the Venezuelan people, who are already suffering from the effects of hyperinflation and a deep recession. 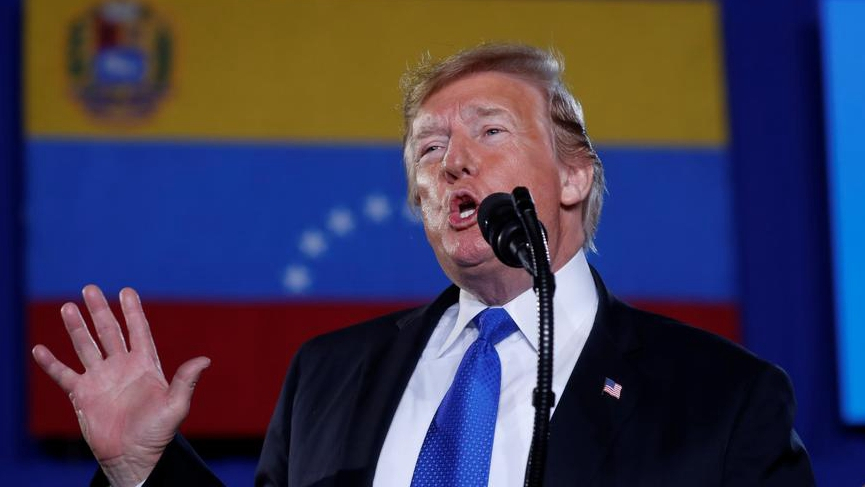 UN spokesman Stephane Dujarric said Tuesday that the UN took note of the Trump administration's decision to freeze all Venezuelan government assets, and stressed the importance of allowing humanitarian aid into the country.

Dujarric said, "It is very, very important to keep the humanitarian needs of the Venezuelan people first and foremost." And he added that "there are some very clear humanitarian principles at the international level which means that humanitarian aid needs to be allowed to get in to those who need it the most."

He said the UN in Venezuela is working according to international principles to make sure that aid, including to children and to ensure maternal health, is delivered properly.