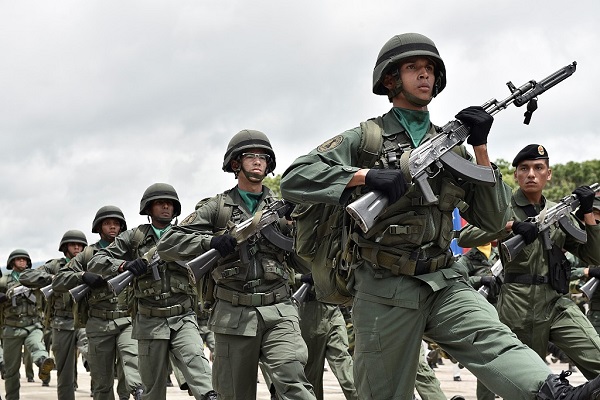 In a statement, the Venezuelan government said the latest round of sanctions represented Washington's "systematic use of unilateral and illegal coercive measures" to impose its political will on another country.

The administration of U.S. President Donald Trump also slapped economic sanctions against Venezuelan President Nicolas Maduro's son, Nicolas Maduro Guerra, who heads the Corps of Special Inspectors of the Presidency and is a member of the National Constituent Assembly.

"Venezuela reiterates that the economic and humanitarian restrictions arbitrarily and maliciously imposed by Washington constitute a flagrant violation of international law," the statement said.

In the statement, Caracas again accused the United States of conspiring to undermine the South American country's socialist government by sabotaging the national electricity system, which suffered three severe blackouts in March.

Washington "now tries to hide its direct responsibility in the aforementioned acts of sabotage by announcing illegal measures against respectable former officials of the Ministry of Electricity," said the Venezuelan government.

Venezuela "will take strong action to hold the Trump administration accountable before the international community and its institutions," the government added.