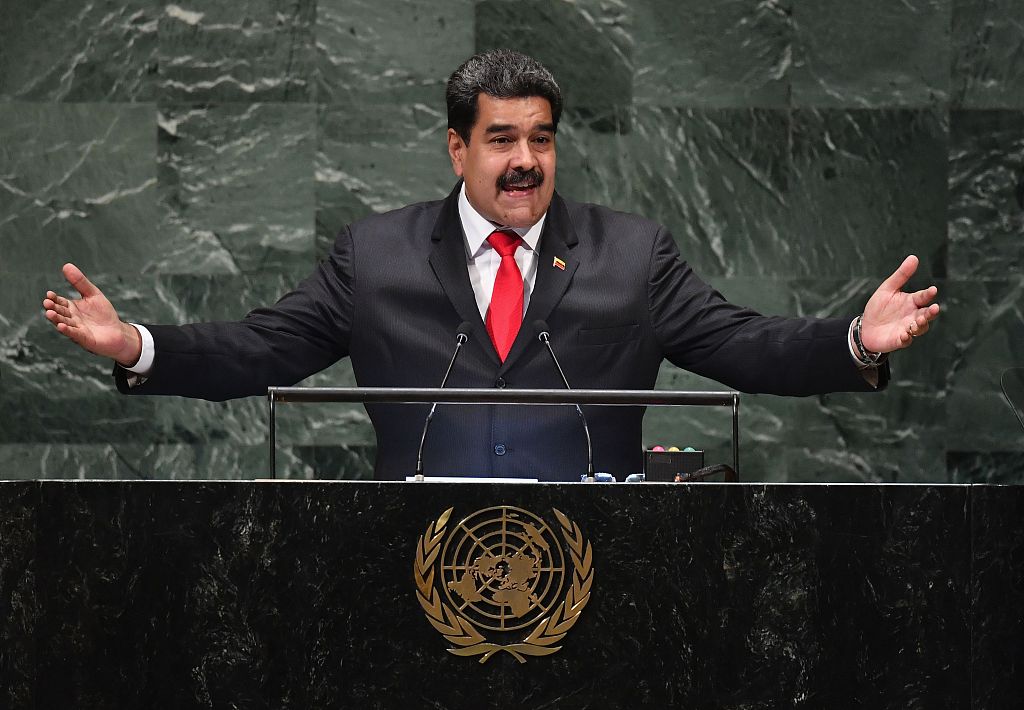 Venezuela's President Nicolas Maduro addresses the General Debate of the 73rd session of the General Assembly at the United Nations in New York on September 26, 2018. (File photo: VCG)

Venezuelan President Nicolas Maduro on Friday condemned new US sanctions against the OPEC member nation as "criminal" and "crazy".

The new sanctions limit gold exports from Venezuela. It also restricts US financial institutions from providing funds to the South American country. Maduro told government officials that the sanctions hurt private business in the country.

"If there is anything that is being damaged and victimized by these crazy and criminal sanctions from the US government against Venezuela, it is the private sector business owners," said Maduro.

"The arrogant attitude of the imperialist believing that its sanctions will subdue the people of Venezuela doesn't surprise us," said Cabello.

However, Cabello made an assurance that the Venezuelan government is willing to talk with the US government because talks are "the fundamental tools to make policies."

The export of gold is a significant source of money needed by the South American country to buy medicine and food, said Cabello, who called the US move "a genocide against Venezuela."

Trump informed US lawmakers that he has signed an executive order to bar US citizens and entities from involvement in the trade of gold from Venezuela, according to a letter released by the White House on Thursday.