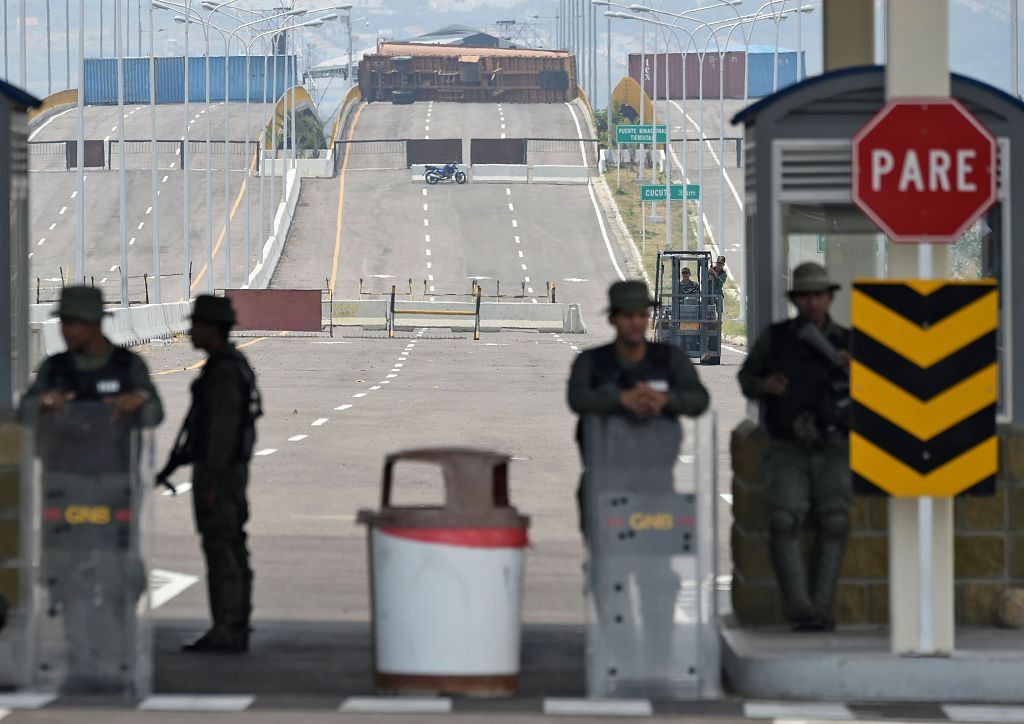 Venezuelan national guard members remain at the blocked Tienditas bridge in Urena, Venezuela, on the border with Colombia, on February 20, 2019. (File photo: VCG)

Rodriguez made the remarks at a press conference when she was asked about whether incidents will occur during political and social activities slated for Feb. 23 on the border with Colombia.

Venezuela's opposition has proposed, with the support of the United States, to bring into the country items corresponding to alleged humanitarian aid on Feb. 23, which is being stored on the Colombian side of the border.

In addition, near the Colombian city of Cucuta, a concert is being organized to seek humanitarian help for Venezuela.

The Venezuelan government has also arranged cultural activities and medical and nutritional assistance trips for Colombian citizens that live along the border.

"What will happen this weekend is a concert of love, non-interventionism, with dozens of national and international artists who will come to support peace in our country," Rodriguez said.

"The first thing I would tell President Donald Trump is that his coup attempt in Venezuela failed, and even his own media are beginning to tell him that," she said.

She reiterated that the way out of the crisis is through dialogue and said that Venezuelan Foreign Minister Jorge Arreaza "has a very important and lengthy meeting with the European Union and Uruguay contact group."

"There is a minority of world governments that intends to become hegemonic through force, but the only power we recognize is the power of international law," she added.