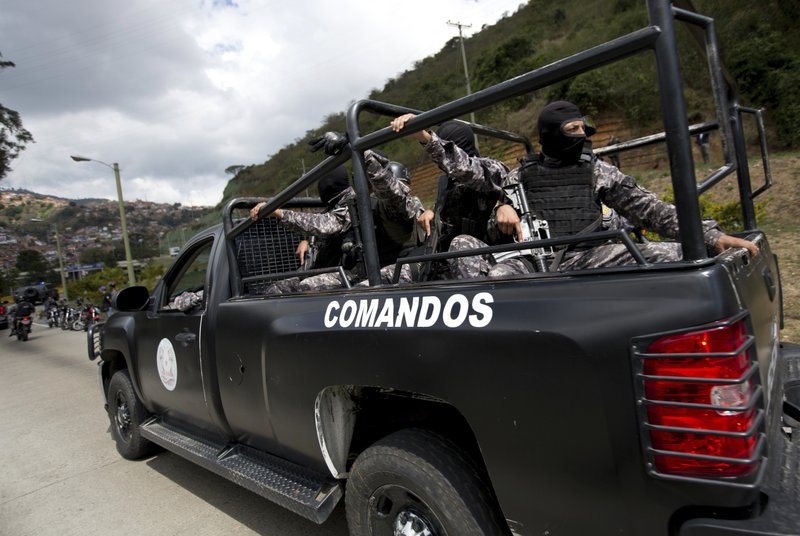 Venezuelan special forces on Monday captured five members of a band led by a rebellious police officer who has been on the run since stealing a helicopter and launching grenades at government buildings in the nation’s capital last year, officials said.

It wasn’t clear if Oscar Perez himself had been killed or captured in the operation after more than six months on the lam.

Two officers were killed and five seriously injured during a shootout with Perez and his comrades, the Ministry of Interior Relations said in a statement.

“The members of this terrorist cell who conducted armed resistance were taken down and five criminals captured and detained,” the statement said.

Earlier Monday, Perez, 36, posted video clips showing blood dripping across his face as the sound of gunfire rang in the background. Perez said officers were firing at the group and wanted to kill him instead of permitting his surrender.

“We’re going to turn ourselves in!” Perez shouted.

Perez leaped into the spotlight in June when he staged a dramatic helicopter attack in Caracas, lobbing grenades at the Supreme Court and Interior Ministry buildings in broad daylight. No one was injured in the incidents and Perez managed to flee before authorities swarmed in.

In numerous videos posted on Instagram, Perez has claimed that he is fighting for Venezuela’s freedom from a tyrannical government that is starving its people. He now has tens of thousands of followers online and has piqued the curiosity of Venezuelans who either hail him as hero, condemn him as a criminal or question if he might be a ruse to support President Nicolas Maduro’s assertion that the nation is under attack by opposition conspirators.

Adding to the intrigue is Perez’s unusual past, which combined work as a highly trained officer, an action-movie actor, pilot and dog trainer.

In December, Perez posted videos showing him and a small armed band taking over a military outpost and smashing a portrait of Maduro with his foot. Perez and the assailants berated several detained guardsmen for doing nothing to help their fellow citizens suffering from hunger.

Maduro responded in the following days, vowing to meet Perez with bullets.