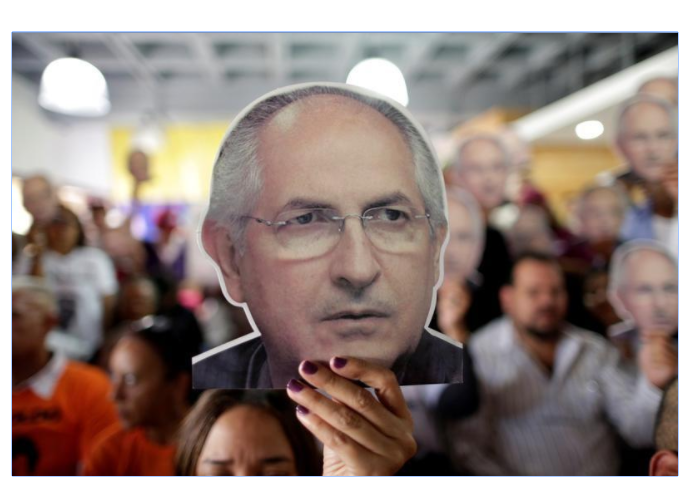 CARACAS/BOGOTA (Reuters) - Veteran Venezuelan opposition leader Antonio Ledezma, under house arrest after his 2015 arrest for alleged coup plotting, escaped across the border to Colombia on Friday.

Ledezma, the best-known detained opponent of leftist President Nicolas Maduro after Leopoldo Lopez, said he had gone past 29 police and army controls during a clandestine, overland journey that he kept secret from his loved ones.

“I ask my wife and daughters to understand. They have suffered long hours of anguish without knowing where I was,” he told reporters in the Colombian border town of Cucuta after crossing a bridge from San Antonio in Venezuela.

“It was my decision alone.”

The 62-year-old former Caracas metropolitan mayor had spearheaded street protests against Maduro in 2014 that led to months of violence and 43 deaths.

Maduro mocked him as “The Vampire,” and officials accused him of helping violent hardliners, including dissident military officers plotting to topple the president via air strikes.

Ledezma denied those charges as being trumped up.

“Welcome to freedom!” tweeted former Colombian President Andres Pastrana, who is close to Venezuela’s opposition and the families of other jailed activists. 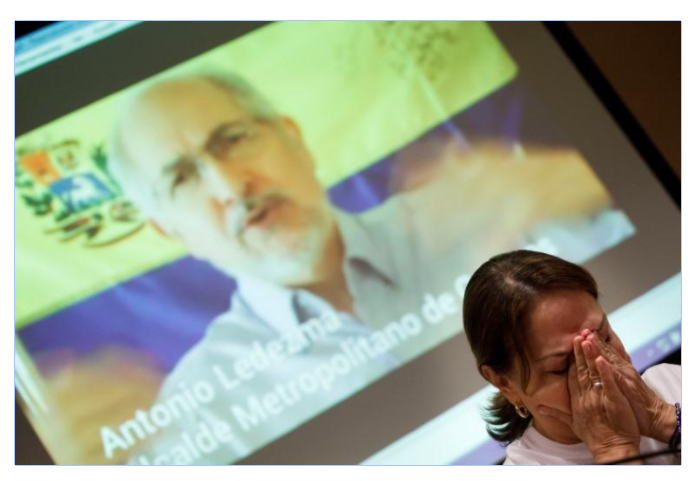 With a 2018 presidential election looming, an array of major Venezuelan opposition figures are now in exile, detention or barred from holding office.

They say Maduro has turned Venezuela into a dictatorship, while the government accuses them of joining forces with a U.S.-led global plot to topple him.

Before boarding a private plane to Bogota, Ledezma said he was planning a “global pilgrimage” to fight for political freedom in Venezuela.

“It’s time for him (Maduro) to step aside and allow a transition government,” he said. “Maduro cannot keep torturing the Venezuelan people, he’s killing Venezuelans with hunger.”

The South American OPEC nation of 30 million people is suffering a fourth year of brutal recession, with the highest inflation in the world, shortages of food and medicines, and many people having to skip meals or suffering preventable illnesses.

Ledezma, along with another opposition leader Maria Corina Machado, has been part of the more militant wing of Venezuela’s opposition coalition. Both oppose a planned new political dialogue between the opposition and government scheduled for early December in the Dominican Republic.

“I left my flag with Maria Corina Machado, in whom I trust completely,” Ledezma told reporters.

State media have long demonized Ledezma, repeatedly showing a video where detained student radical Lorent Saleh praises him as “an old fox ... the politician who most supported the resistance.”

“Chavistas,” as government supporters are known after Maduro’s predecessor Hugo Chavez, have also long vilified him for supporting a brief 2002 coup and accused him of corruption.

Intelligence agents took Ledezma from his office in the banking district of Caracas in February 2015 after breaking down doors and firing shots in the air. He was originally held at the Ramo Verde military prison before being placed under house arrest.

Ledezma won the Caracas mayoralty in 2008, but some of his functions and funding were quickly transferred to a new, pro-government office. Upstaged by younger opposition leaders, Ledezma was not viewed as a future presidential candidate.

Machado told reporters Ledezma had been under increasing pressure from authorities and had faced threats to return him to Ramo Verde due to his opposition to the political dialogue.

“We believe in real negotiations, but only ones that lead to the exit of the dictatorship,” she told reporters.