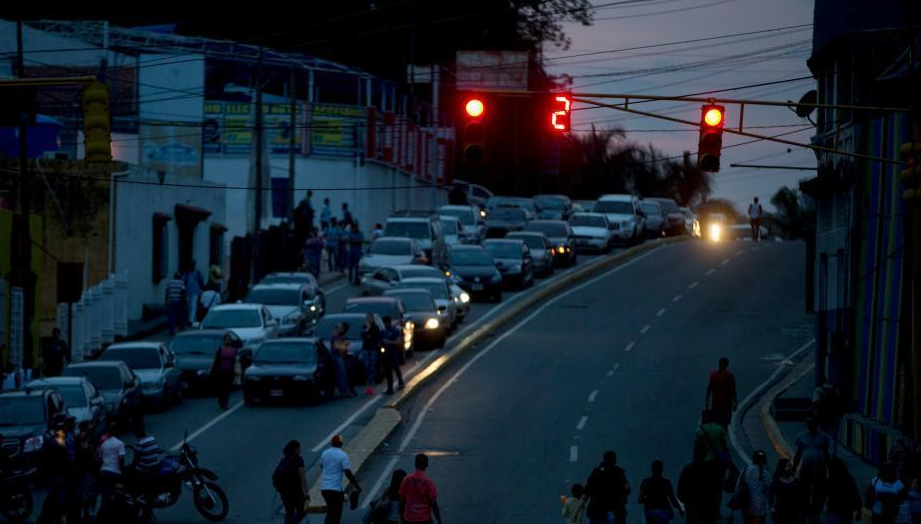 The first rays of sunlight that fell on Venezuelan cites Thursday morning revealed to the inhabitants what the country had been waiting for -- a return to normalcy.

The massive blackout from March 7 significantly affected the daily lives of Venezuela's population of over 30 million.

The lack of electricity in a large part of the country added to other problems that Venezuela is facing as a result of difficult economic situation.

However, the residents were able to get through the critical moment calmly and return to tranquility.

"It wasn't easy, in my case I had to cook for two days using wood, because in the past three months, I've had no gas in my house and was relying on an electric stove to cook," Francisca Sanchez, who lives in the state of Miranda, told Xinhua.

Sanchez, who works as a cleaning lady in a museum in Caracas, said she was happy to return to work.

"I'm celebrating that we were able to get past those moments. It was difficult," she said.

Electricity began to be progressively restored between Sunday and Monday, and Communications Minister Jorge Rodriguez announced on Wednesday that the entire electricity system had been restored in the country.

President Nicolas Maduro had previously said the country was the victim of a "criminal attack" on its electricity system directed by the US government.

Due to the power outage, Venezuelan authorities declared a suspension of all school and work activities from Monday to Wednesday.

On Wednesday night, the government announced that work activities in both public and private sectors would resume on Thursday.

Ruben Alvarez, a 47-year-old builder, told Xinhua of the difficulties the residents in his neighborhood had encountered.

"At home we were very worried about the children. I have two small grandchildren, and we had very little food left. We were worried because it was very difficult to buy food because cash is not easy to get and the payment systems weren't working," said Alvarez, who was waiting at a bus stop.

The construction worker said the solidarity he witnessed in his community was very important.

"One neighbor made us artisanal candles, and I was happy to see how several neighbors were attentive to the neighborhood children, so the difficult situation also had its positive side," he said.

In a corner of the town square in Caracas, professor Amanda Gomez, who was on her way to the education center where she has been working for 22 years, expressed her joy at being able to return to work.

Though activities across all school levels will not resume until Monday, according to Rodriguez's remarks on Venezuelan state television, Gomez was going to her school to plan for the second half of the month.

"I was tired of being at home," she told Xinhua.

During the blackout, she went through some anguished moments, she said. "I didn't know what was going on. The phones were working, my neighbors didn't know anything, and we were afraid it could be an armed military conflict."

"Hours after the outage began, my daughter came to visit me and in her car we were able to listen to the radio and know that it was an electrical sabotage, and we began to regain our calm after we were informed," Gomez said.

She added that her concern was the lack of water, although local authorities told her water services would resume in her area in a few hours. The blackout has affected the water pumping system across the country.

Rodriguez said the metro and railway systems are operating. "There is no situation which indicates that the metro system is not performing normally."

Despite minor outbreaks of violence, the South American country managed to get through the difficult situation caused by the prolonged blackout that came amid heightened tensions between the ruling socialist party and the right-wing opposition.