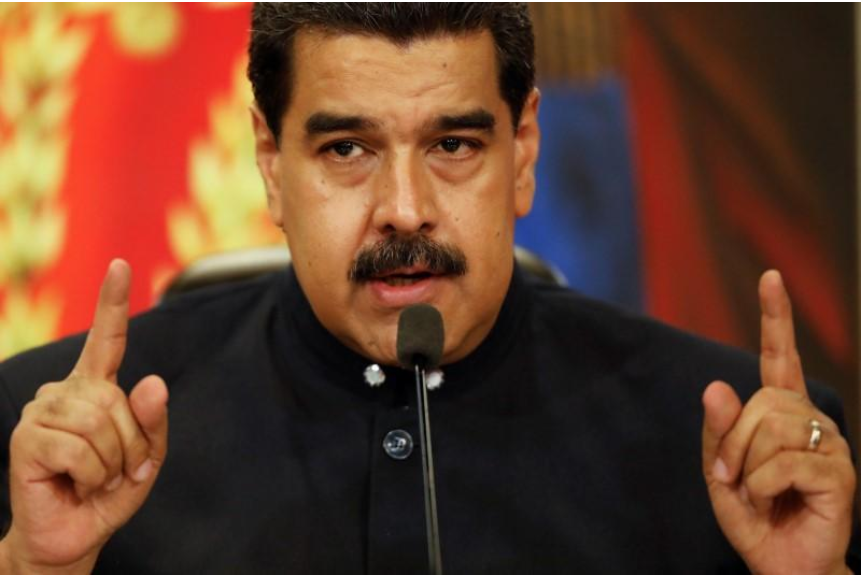 Venezuela’s President Nicolas Maduro has entered an alternate reality. The OPEC member’s socialist leader wants to restructure the ailing country’s foreign debt and has put an alleged drug trafficker in charge of working out how. U.S. sanctions make any refinancing virtually impossible. But even default might not force the hapless, increasingly authoritarian former bus driver from power.

Maduro presides over a mismanaged economy that was hit hard by the end of the oil-price boom in 2014. Now the government cannot provide sufficient food or medicine for its citizens despite huge crude reserves. Nonetheless, on Thursday he said state oil company Petroleos de Venezuela would make a $1.1 billion payment on a bond maturing that day. He also asked Vice President Tareck El Aissami to head a commission studying how to restructure all future obligations. El Aissami called on bondholders to meet in Caracas on Nov. 13 to discuss how that might work.

With great difficulty, is the answer. El Aissami is blacklisted by the U.S. Treasury as an alleged narcotics kingpin, something he denies. Sanctions against Maduro’s government effectively mean U.S. banks can’t take part in any restructuring of the country’s foreign debt, estimated at $90 billion or higher. The country owes some $9 billion in sovereign and PDVSA debt payments in 2018. Reserves have dwindled to barely more than that.

Default might ease some domestic pressure on Maduro by allowing his government to divert scarce dollars to import more medical supplies, food and other basic goods. Yet that may prompt creditors to seize Venezuelan oil shipments and assets abroad such as PDVSA’s U.S. refiner Citgo.

To counter that, Maduro’s government could try to somehow funnel oil exports through ally Russia, or try to arrange further cash-for-oil barter deals like those it has with Russia and China. It could try to maintain payments on PDVSA debt, protecting the company’s assets, while halting payments on sovereign debt.

Maduro looks increasingly willing to resort to repression. Elections for an all-powerful Constituent Assembly resulted in a rubber-stamp body crammed with government loyalists. Opposition politicians alleged fraud in recent gubernatorial polls but lost heavily and seem unable to unite against him. A presidential vote due next year looks unlikely to be free or fair. Unless dissatisfaction among his own allies in government forces Maduro out, he may end up presiding over a bizarre twilight economy for years to come.