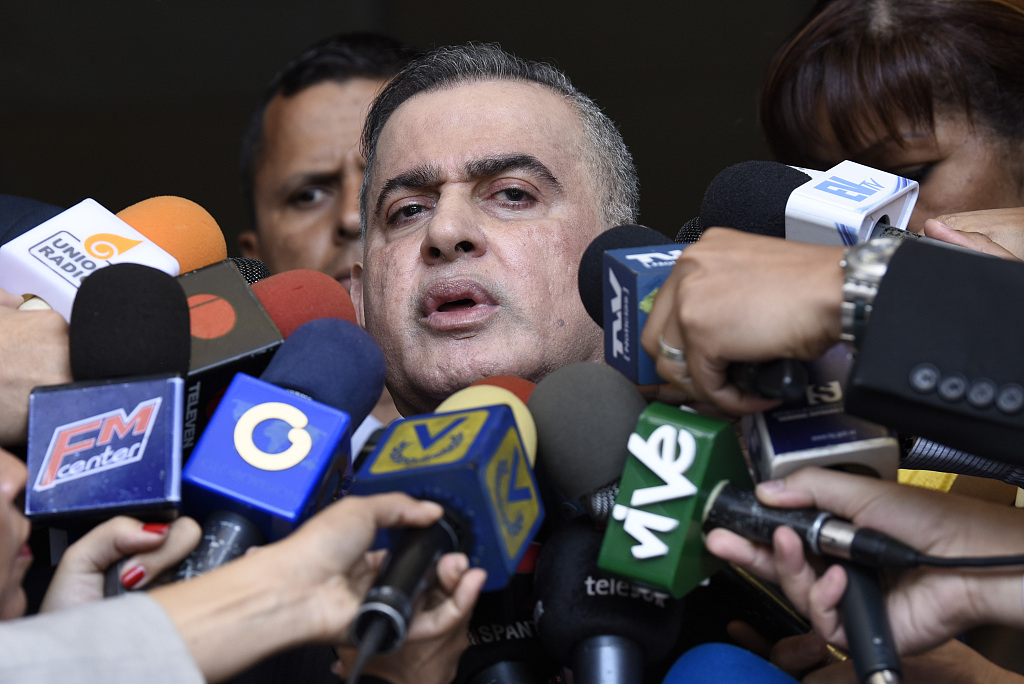 Venezuelan authorities said Tuesday that 17 people have been charged with attempting a "coup" since a failed April 30 uprising against President Nicolas Maduro.

"There are 34 people being investigated, of whom 17 have been detained and charged" for having "attempted a coup d'etat," said Attorney General Tarek William Saab.

Fifteen opposition lawmakers have been stripped of their immunity for having supported the attempted uprising led by Juan Guaido, who heads the opposition-controlled National Assembly.

Guaido's deputy Edgar Zambrano was one of those arrested and charged while the other 14 have either sought refuge in diplomatic missions, fled the country or gone into hiding.

Surrounded by a group of around 30 military personnel, Guaido appeared in a video shared on social media on April 30 calling on the armed forces to rise up against Maduro.

But following two days of deadly clashes between protesters and the security forces, the revolt petered out.

Saab also gave an update on detentions relating to an alleged drone attack during a military parade last August that Maduro claimed was an assassination attempt.

"There have been 38 people charged, 31 have been stripped of their freedom while seven are subject to alternative measures," said Saab.