Venezuela seizes over 54 tons of drugs in 2 years: top prosecutor 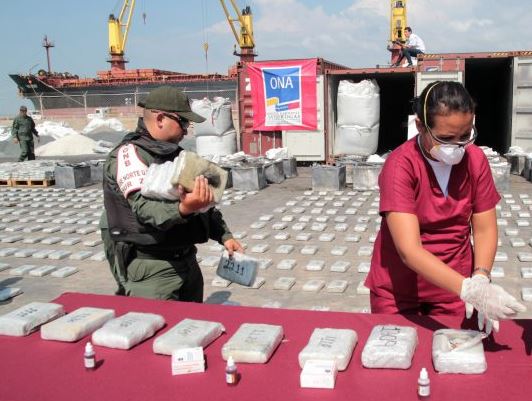 The top prosecutor, while presenting an overview of his tenure that began on August 2017, said that 35 tons were cocaine.

The Venezuelan official warned about the surge of so-called "narco mulas" (drug mules), or people who transport drugs by swallowing them or concealing them in a body cavity.

The authorities have initiated 60 investigations for the "illegal traffic of narcotic and psychotropic substances," Saab said.

He said 110 people have been arrested for trafficking drugs through their bodies, in belts, or inside suitcases. Some drug trafficking founders and drug lords have also been detained.

The official said he believes Venezuela will become drug free and praised the fight against drugs carried out by the country.