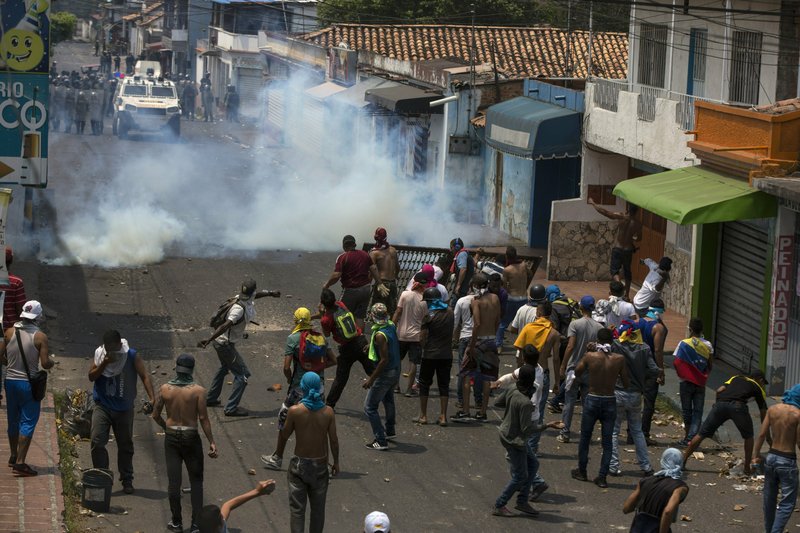 Demonstrators clash with the Bolivarian National Guard in Urena, Venezuela, near the border with Colombia, Saturday, Feb. 23, 2019. (Photo: AP)

Maduro said in a speech that Colombia's embassy staff must "leave within 24 hours."

The Venezuelan opposition, Brazil and Columbia are all demanding that the Maduro government receive the humanitarian aid.

Opposition members at the country’s borders with Columbia and Brazil attempted to bring the humanitarian aid into Venezuela.

Maduro earlier blocked the aid at the border saying it could be fake aid.