Venezuela teeters on brink of default

Longstanding fears of a Venezuela debt default crystallized Wednesday, as the political crisis engulfing the sinking OPEC state deepened with a meeting set at the UN Security Council and the EU eyeing an arms embargo.

Investors were bracing for what looked to be an inevitable "credit event" that analysts said could arrive within days -- before a "refinancing and restructuring" of the debt called for by President Nicolas Maduro.

While the country's isolation means the risk of contagion to international financial markets is limited, a default could trigger a global rush to seize assets owned by the Venezuelan government and its state oil company PDVSA, and plunge the struggling nation into a full-blown humanitarian emergency.

Already, its 32 million citizens are suffering shortages of food, medicine and other essentials as their money, the bolivar, is decimated by hyperinflation and recession reigns. Hundreds of thousands have left the country to survive, and many, many more could follow.

The United States, which has slapped successive sanctions on Venezuela and its ability to issue new debt on US markets, called for a UN Security Council meeting next Monday to discuss the crisis, particularly its political aspect.

"What we have today in Venezuela is a state of non-democracy with many violations of human rights and political rights," Argentine President Mauricio Macri said in New York after meeting with UN Secretary-General Antonio Guterres. 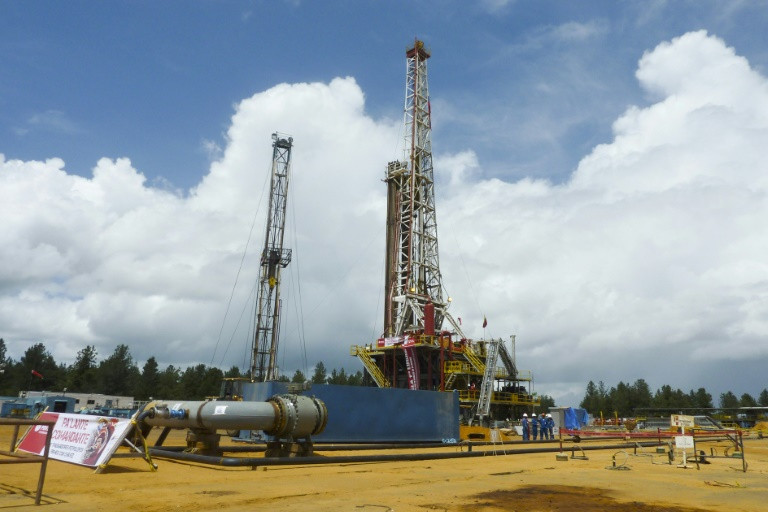 A Venezuelan default could trigger a global rush to seize assets owned by the government and state oil company PDVSA, one of whose oil wells is seen in Morichal in 2011. Photo: AFP

He told the Financial Times the US should impose "a full oil embargo" on Venezuela. Such a move would have "broad support" across Latin America, he said.

The US and several Latin American nations, including Argentina, call Maduro a "dictator" for his quashing of dissent, especially sidelining the opposition-held parliament and seeking to arrest opposition figures.

National Assembly number two Freddy Guevara has taken refuge in the Chilean ambassador's residence in Caracas to avoid arrest after the Supreme Court, loyal to Maduro, stripped him of his parliamentary immunity.

Recent regional elections that declared a victory for Maduro's Socialist Party have done nothing to reverse international condemnation of the president's perceived autocracy.

European Union countries backed an arms embargo on Venezuela as part of a sanctions package also set to include a blacklist of Venezuelan individuals, diplomatic sources said.

"The political aim remains to force the government to get around the negotiating table with the opposition and contribute to getting out of the current political crisis," one diplomatic source said.

"It's a gradual, flexible and reversible tool."

The only bright spot for Venezuela was Russia saying Caracas had agreed to its terms for restructuring the part of the debt it holds, with an accord to be signed within a week.

"Venezuela has confirmed the conditions that were agreed and so the process will move to a final phase," minister Anton Siluanov told the Interfax news agency.

Venezuela's official debt to Moscow stood at $2.8 billion as of 2016, with another $6 billion owed to oil giant Rosneft, which is closely allied with the Kremlin. 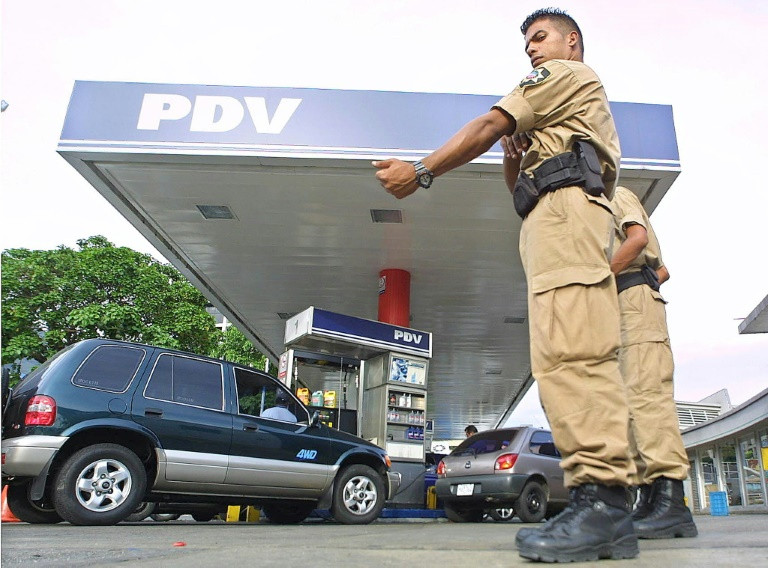 A policeman directs cars at a PDVSA gas station in Caracas. Photo: AFP

That, however, is just a fraction of Venezuela's total debt mountain, estimated at $150 billion.

For a country with the world's largest proven oil reserves -- nearly 300 billion barrels, worth more than $15 trillion -- such debt normally should be bearable.

But decades of mismanagement, destruction of Venezuela's private sector, big spending on social programs, lack of infrastructure investment, rigid currency controls and the fact that oil exports are now essentially debt repayments rather than income all conspire to shove Venezuela to the edge of the precipice.

The country has just $9.7 billion in hard currency reserves, yet debt payments due in 2018 total $8 billion.

Major credit rating agencies Fitch, Moody's and Standard & Poor's have all downgraded Venezuela's standing and say default is all but certain.

One market analysis firm, Capital Economics, says default could happen as early as this weekend.

Other analysts say Venezuela will try to stave that off beyond Monday, when foreign creditors have been invited to Caracas to hear the restructuring proposal.

Some suggest a default would allow Maduro to spend money currently diverted to creditors to allow more imports of food and medicine ahead of a possible re-election bid in 2018.

"A default would free up resources to pay for imports, giving Maduro in the short-term political boost for re-election," said Risa Grais-Targow, Venezuela analyst for the Eurasia Group.