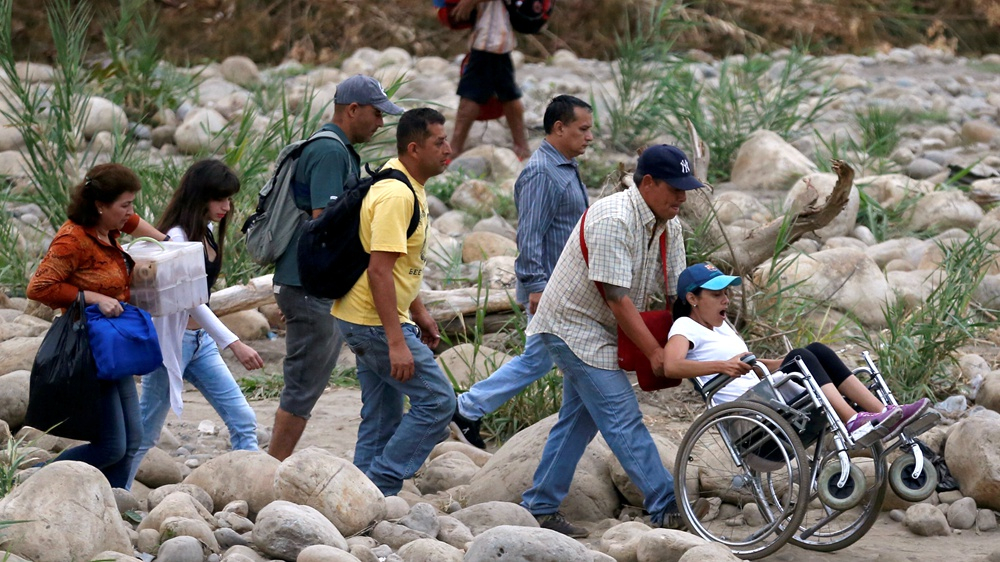 People cross the Tachira River on the Colombian-Venezuelan border, from the outskirts of Cucuta, Colombia, April 13, 2019. (Photo: CGTN)

Venezuela's President Nicolas Maduro on Friday ordered the reopening of the country's border with Colombia in western Tachira State.

Announcing the reopening of the frontier on Twitter, Maduro said: "We are a people of peace that strongly defends our independence and self-determination."

His government closed the border in February as opposition leader Juan Guaido tried to bring in US-backed aid. But, amid Venezuela's hyper-inflation, the closure has caused economic problems for border towns that increasingly rely on Colombian cities for basic goods and services.

Last month, Venezuela reopened its border with Brazil, which had also been shut for the same reason.

Maduro says Venezuela is the victim of an "economic war" waged by the United States and believes the aid was a smoke screen to prepare for a "foreign invasion."

Relations between Venezuela and Colombia, who share a land border stretching 2,220 kilometers, have been broken since February 23 after Colombian President Ivan Duque announced his support for Guaido.