WORLD Venezuela urges UN to intervene against US sanctions

Venezuela urges UN to intervene against US sanctions

CARACAS, July 5 (Xinhua) -- Venezuela on Friday urged the United Nations High Commissioner for Human Rights, Michelle Bachelet, to intervene against the US trade and financial sanctions which are undermining Venezuela's economy. 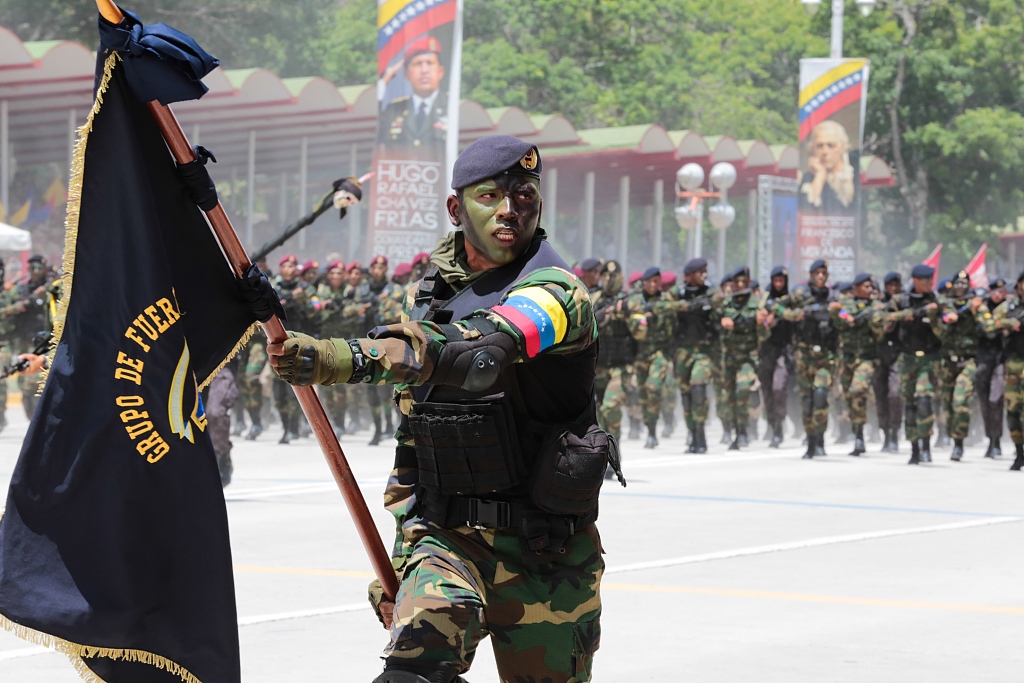 Handout photo released by Miraflores presidential palace press office showings Venezuela's army troops marching in front of Venezuela's President Nicolas Maduro (out of frame) during a military parade at Los Proceres boulevard in the framework of the celebrations for Venezuela´s Independence Day in Caracas, Venezuela on July 5, 2019. (Photo: VCG)

Addressing a session of the UN Human Rights Council in Geneva, Switzerland, Venezuelan Vice Foreign Minister William Castillo said the sanctions met the body's definition of "unilateral coercive measures" and should be lifted, according to the Venezuelan Foreign Ministry.

"In keeping with the UN's resolutions on unilateral coercive measures, (we) demand the immediate end to the blockade," urged Castillo.

The sanctions have crippled Venezuela's ability to refinance its foreign debt and maintain trade ties with other countries, he said.

Venezuela appreciates "the recognition by the High Commissioner for Human Rights that the US economic sanctions aggravate the economic crisis and violate human rights," the official said.

However, Venezuela disagrees with several conclusions in a report released Thursday by Bachelet's office following her recent visit there, and "demands a correction," said Castillo.

"In Venezuela there is no humanitarian crisis. We are suffering economic difficulties linked to the fall in oil prices and the economic blockade," Castillo said.

Venezuela is also the victim of attempted coups, assassination plots and sabotage of key industries, such as oil and electricity, he said.

Despite these efforts to destabilize the country, the government is implementing social policies to improve people's lives, including providing housing and food, Castillo said.

"More than 2.6 million homes have been built in eight years, benefiting more than 12 million citizens," he said, adding that 6 million households regularly receive a basic basket of goods.

Castillo's demand came as Venezuelan President Nicolas Maduro presided over a military parade marking Venezuela's Independence Day, at which he affirmed that "we are on the right side of history."