Venezuelan delegation arrives in Barbados for talks with opposition: minister

CARACAS, July 15 (Xinhua) - Venezuelan Minister of Communication and Information Jorge Rodriguez said Monday that the government's delegation arrived in Barbados to resume dialogue with the opposition. 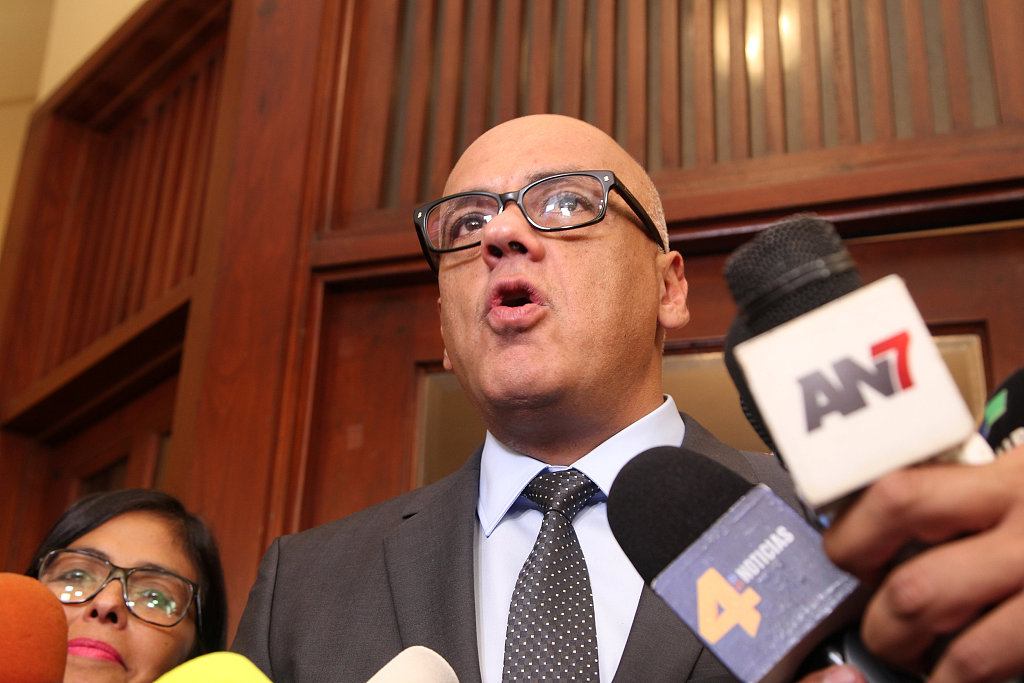 Jorge Rodriguez, Mayor of Caracas, talks to the media before he attends in a Venezuela's government and opposition coalition meeting in Santo Domingo, Dominican Republic December 1, 2017. (File photo: VCG)

"The Venezuelan government delegation has arrived in the generous country of Barbados to continue peace talks with the Venezuelan opposition," Rodriguez said in a video post on his Twitter account.

The government's envoys will promote "President Nicolas Maduro's fundamental proposal: permanent talks for peace, for peaceful coexistence, for harmony, and the constitutional resolution of political differences," he said.

The two sides have agreed to set up "permanent peace talks" in their most recent meeting in Barbados earlier last week, Rodriguez said.

The Barbados gathering is the third round of the Norway-mediated talks between the two camps since they first met in Oslo in May.

On Sunday, opposition leader Juan Guaido's team also confirmed its participation in the Barbados talks "to continue (the talks), in an expedited manner, with the Oslo negotiation mechanism."

The political deadlock between the two sides reached a critical point in January, after Guaido declared himself "interim president" of Venezuela and was immediately recognized by the United States.