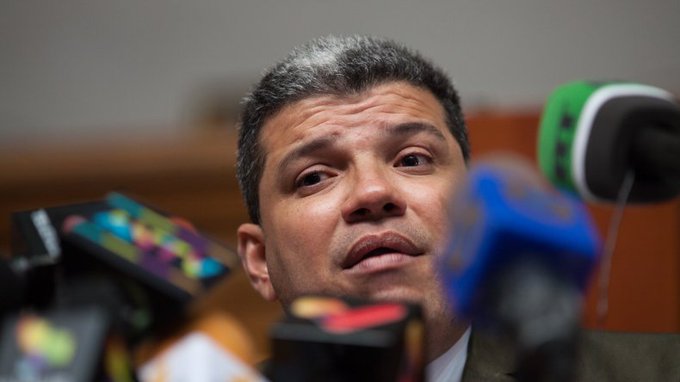 CARACAS, Jan. 13 (Xinhua) -- President of Venezuela's National Assembly Luis Parra on Monday denounced U.S. sanctions against the newly-elected members of the legislative body's board of directors.

"We energetically and categorically reject the sanctions against deputies of the National Assembly of the Bolivarian Republic of Venezuela, who represent the people as a whole," Parra said in a statement on Twitter.   "It is unacceptable for foreign governments to presume to determine the actions ... of our legislators," he said.

The U.S. Treasury Department announced earlier in the day it imposed sanctions on seven delegates of the legislature, including Parra, accusing the directors' board of "illegitimate attempted takeover of the Venezuelan National Assembly."

The board members were elected in accordance with assembly regulations, Parra noted.

Hardline opposition leader Juan Guaido lost his bid for reelection as president of the assembly to Parra over a week ago, an outcome Guaido and his group refused to accept.

The United States has been pursuing a policy of economic sanctions and diplomatic isolation against the Venezuelan government in support of Guaido.