CARACAS, Aug. 19 (Xinhua) -- Venezuelan President Nicolas Maduro announced several changes in his cabinet on Thursday, including the appointment of Mervin Maldonado as the new vice president for social and territorial socialism. 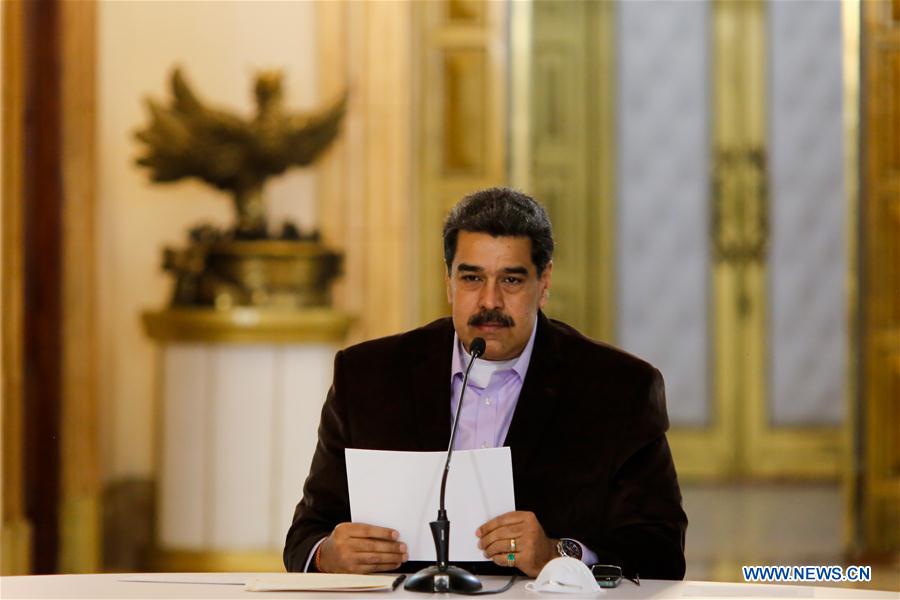 The announcement follows the selection of several cabinet ministers as candidates of the ruling United Socialist Party of Venezuela for regional and municipal elections scheduled for Nov. 21, Maduro tweeted.

The president appointed Chief Admiral Remigio Ceballos Ichaso as new minister of internal relations, justice and peace, and Felix Plasencia as new foreign minister in place of Jorge Arreaza, who was appointed minister of industries and national production.

In addition, Admiral William Serantes Pinto will serve as minister of ecological mining development while Margaud Godoy will replace Carolys Perez as minister of women and gender equality.