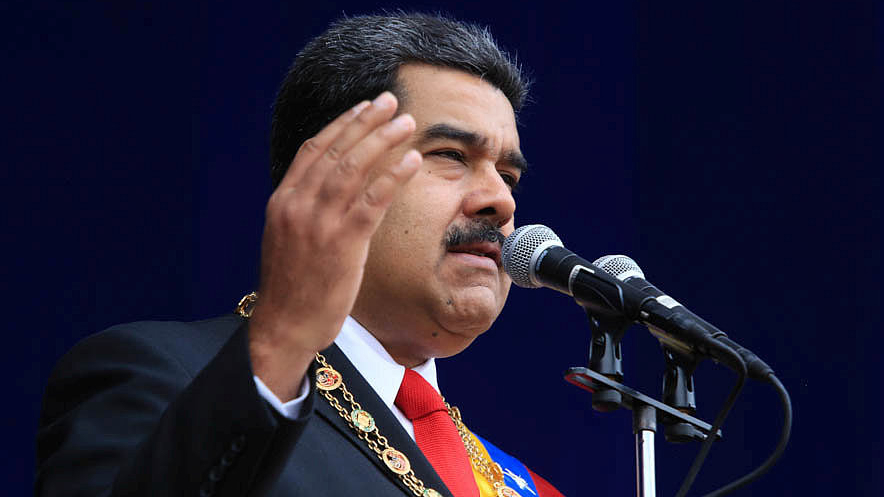 CARACAS, Nov. 1 (Xinhua) -- Venezuelan President Nicolas Maduro on Saturday denounced an attack on the El Tablazo petrochemical complex, the second on a state plant this week, and warned of a wave of attacks to create the image of chaos in the country.

"Yesterday (Friday) there was an attack on a major Venezuelan petrochemical plant in El Tablazo (in the northwestern state Zulia), also a terrorist attack," said Maduro.

At a public event in Caracas with political parties allied to the government, Maduro warned that the South American country is "subjected to terrorist plans directed from Washington."

On Tuesday, the oil-producing nation's Amuay refinery complex located in the northwestern state of Falcon was attacked with a powerful long-range weapon, allegedly through a drone.

The president proposed that security and defense plans be taken for new projects, in order to protect the nation's industries.

"It's a war and everyone should know it," he added.