CARACAS, May 4 (Xinhua) - Venezuelan President Nicolas Maduro on Saturday stressed the unity of armed forces while supervising a training of military cadets amid tensions in the Latin American country escalated by a failed coup attempt last week. 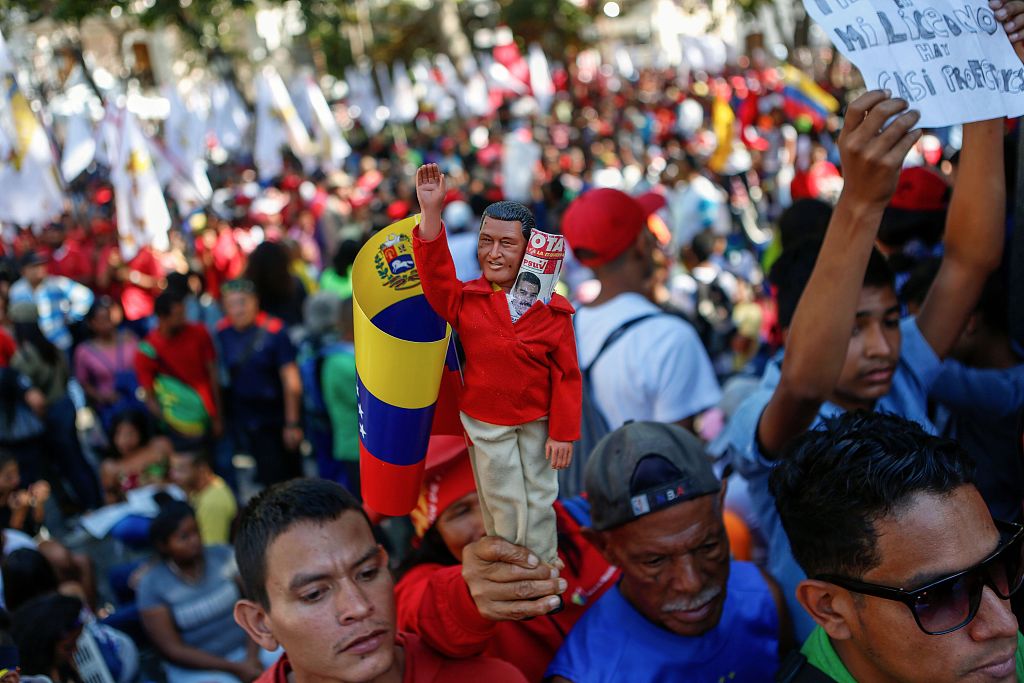 Supporters of Venezuela's President Nicolas Maduro attend celebrations on the "Youth Day" at the Bolivar Square in Caracas, Venezuela on February 12, 2019. (Photo: VCG)

"We are a country with a powerful National Bolivarian Armed Forces (FANB), which must be more united, more cohesive and more loyal than ever before," Maduro said at the Jose Laurencio Silva military training center in the central state of Cojedes.

The United States and its local allies, Maduro said, "have a conspiracy, with a lot of money, to weaken, to divide, to destroy the FANB from within using a group of traitors."

On Tuesday, Guaido, who had proclaimed himself as the interim president, reportedly called on the Venezuelan people and military to take to the streets to overthrow Maduro. The attempted coup was later frustrated by security forces.