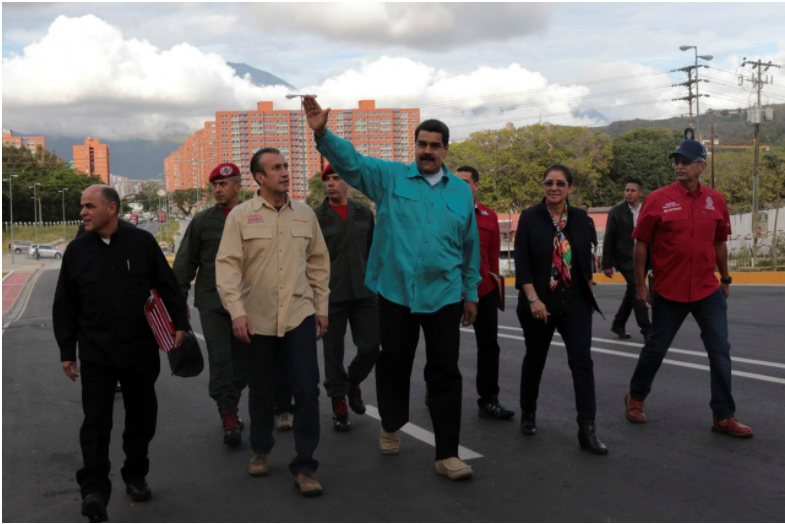 Hundreds of Venezuelans took to the streets in poor parts of Caracas overnight to protest a shortage of pork for traditional Christmas meals in the latest symptom of social discontent during a brutal economic crisis.

President Nicolas Maduro’s socialist government had promised to provide subsidized meat to Venezuelans at the end of a fourth year of recession in the OPEC nation - but in many parts it did not materialize and frustration has boiled over.

Local media and Twitter users posted images of hundreds of people standing on streets and burning trash in Caracas late on Wednesday complaining about the failed pork deliveries.

Some pockets of protests continued on Thursday morning, in what some social media users dubbed the “pork revolution”.

Maduro, who has been alleging a foreign-led “economic war” against his government, went on state TV to blame Portugal for failing to deliver pork imports in time for Christmas.

“What happened to the pork? They sabotaged us. I can name a country: Portugal,” Maduro said.

“We bought the pork, signed the agreements - but they pursued the bank accounts of the boats,” he added, without giving further details.

Another senior official said Washington, which has imposed sanctions on the Maduro government, had leant on Lisbon.

He added that he would seek information from the Portuguese embassy in Venezuela to clarify the situation.

There was no immediate response from the United States.

Maduro frequently blames the opposition, United States and other foreign powers for the country’s economic and social crisis in which millions are suffering shortages of basic products, hyperinflation and a crumbling infrastructure.

The pork protests add to the scattered demonstrations and roadblocks around Venezuela during the Christmas holiday period over the shortages, power-cuts, high prices and fuel rationing. Twenty-eight people were arrested for looting in southern Bolivar state.

Critics blame the government’s mishandling of the economy, plus rampant corruption and inefficiency, during nearly two decades of leftist rule in the nation of 30 million people.

“With or without sabotage, no one will take away the happiness of Christmas from the people,” Maduro said late on Wednesday.