The Italian lagoon city of Venice is facing the prospect of more intense floods at a time when it’s still counting the cost of the exceptional high tide that hit it in November. 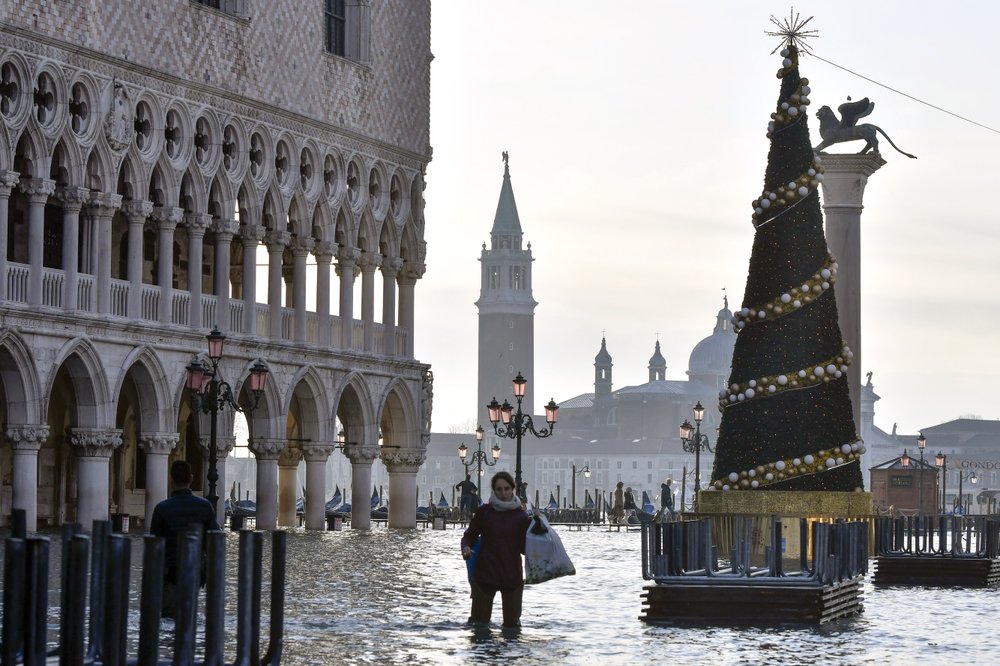 Though the tide Monday morning peaked lower than expected at 1.44 meters (4.72 feet) , it remains above the 1.40-meter mark considered exceptional.

The latest surge comes at a particularly inopportune time for the city as it’s still reeling from the 1.87-meter-high tide on Nov. 12, which was the highest in more than 50 years.

Venice’s mayor said the total damage of that swell is set to be around 1 billion euros ($1.1 billion), with houses, businesses and historic monuments severely hit. Venetian hoteliers have also seen a steep rise in the number of reservations cancelled.

“I’ve been living here for more than 50 years and never seen anything like that,” said Toto Bergamo Rossi, director of the cultural foundation Venetian Heritage. “It’s more than a month now, this is a prolonged emergency.”

Officials at the local office that monitors high tides said recent events indicate an increase in their frequency.

“This is the first time in history that high waters have reached the peak of 1.40 meters five times in a year,@ said Alvise Papa, head of the Venice Center High Tides. “The maximum until now had been two times in a year.”