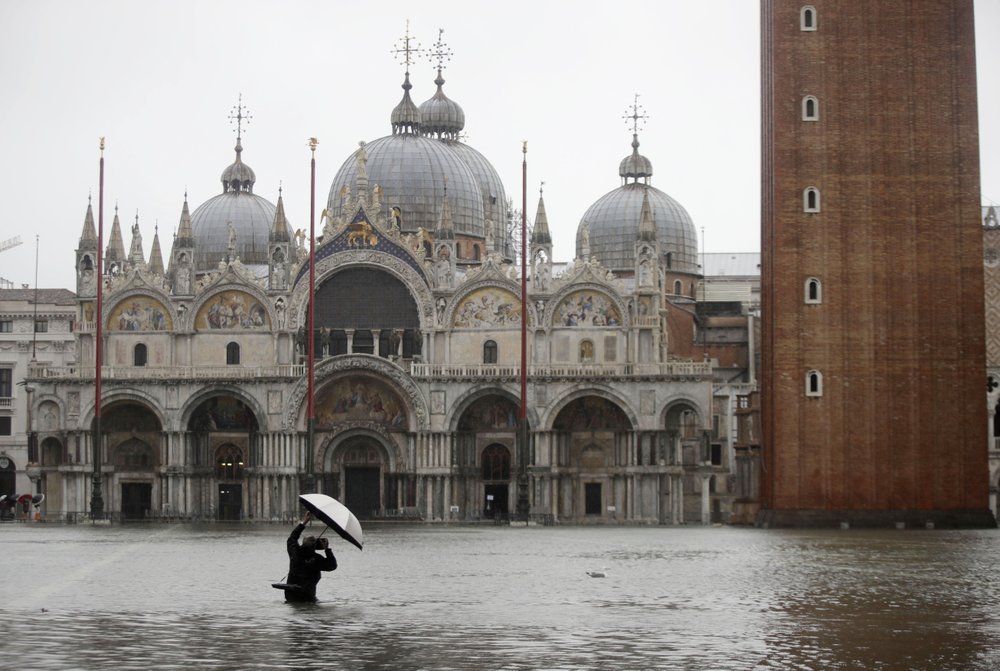 The mayor of Venice blamed climate change for flooding of the historic canal city that hit the second-highest levels ever recorded, as the city braced for yet another wave on Wednesday.

The high-water mark hit 187 centimeters (74 inches) late Tuesday, meaning more than 85% of the city was flooded. The highest level ever recorded was 194 centimeters (76 inches) during infamous flooding in 1966.

One person, a man in his 70s, died on the barrier island of Pellestrina, apparently of electrocution, said Danny Carrella, an official on the island with 3,500 inhabitants. He said the situation there remained dramatic, with a meter of water still present due to broken pumps.

Photos on social media showed a city ferry, taxi boats and gondolas grounded on walkways flanking canals. Already on Tuesday, much of the city was under water, inundating the famed St. Mark’s Basilica and raising anew concerns over damage to the mosaics and other artworks.

Officials projected a second wave as high as 160 centimeters (63 inches) at midmorning Wednesday. 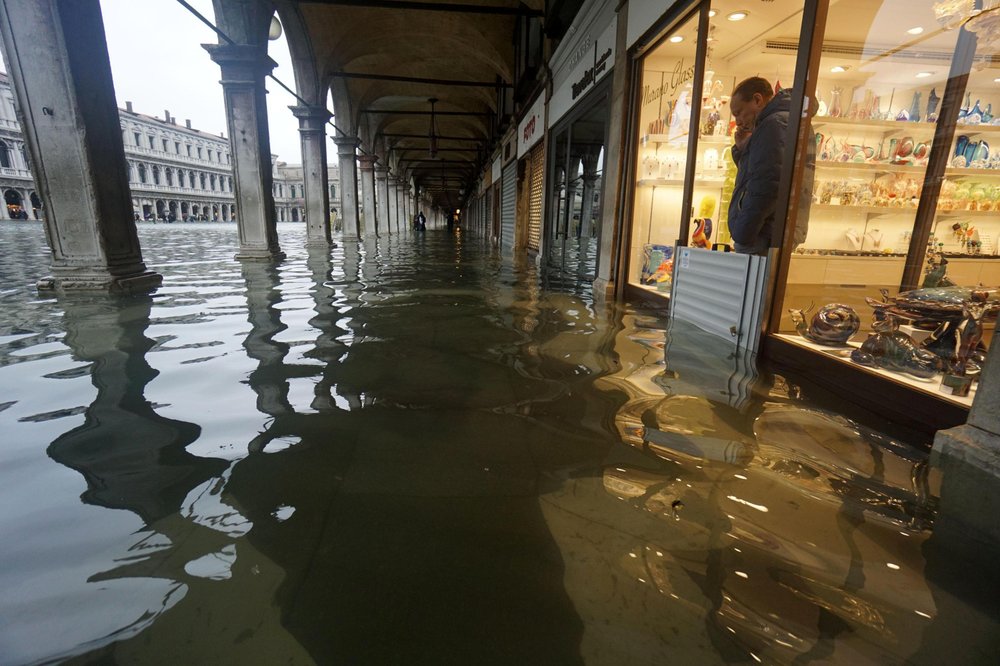 A shopkeeper looks out of his shop at a flooded St. Mark's Square on the occasion of a high tide, in Venice, Italy, Tuesday, Nov. 12, 2019.

Venice’s Mayor Luigi Brugnaro blamed climate change for the “dramatic situation” and called for a speedy completion of a long-delayed project to construct off-shore barriers.

Called “Moses,” the moveable under-sea barriers are meant to limit flooding of the city, caused by southerly winds that push the tide into Venice. But the controversial project opposed by environmentalists concerned about damaging the delicate lagoon eco-system has been delayed by cost-overruns and corruption scandals, with no completion date in site.

Luca Zaia, governor of the Veneto region, told SkyTG24 that the barriers were almost complete, but it wasn’t clear if they would work against such flooding. 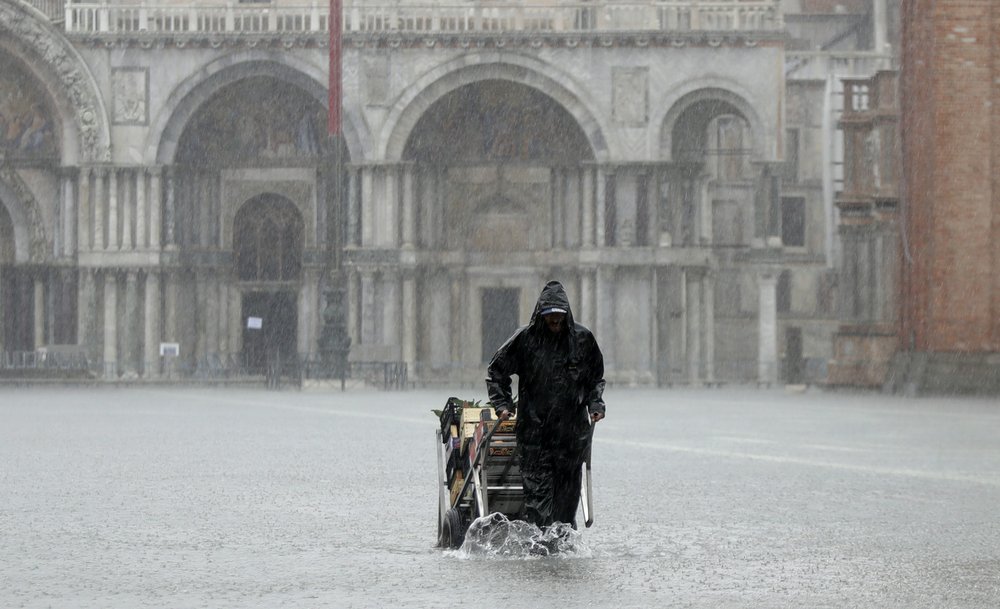 A greengrocer carries his cart as the water begins to flood St. Mark's Square on the occasion of a high tide, in Venice, Italy, Tuesday, Nov. 12, 2019.

“Despite 5 billion euros under water, St. Mark’s Square certainly wouldn’t be secure,” Zaia said, referring to one of Venice’s lowest points that floods when there is an inundation of 80 centimeters (31.5 inches).

Brugnaro said that the flood levels represent “a wound that will leave indelible signs.”