Verdict to be announced Tuesday for trial of Choi Soon-sil 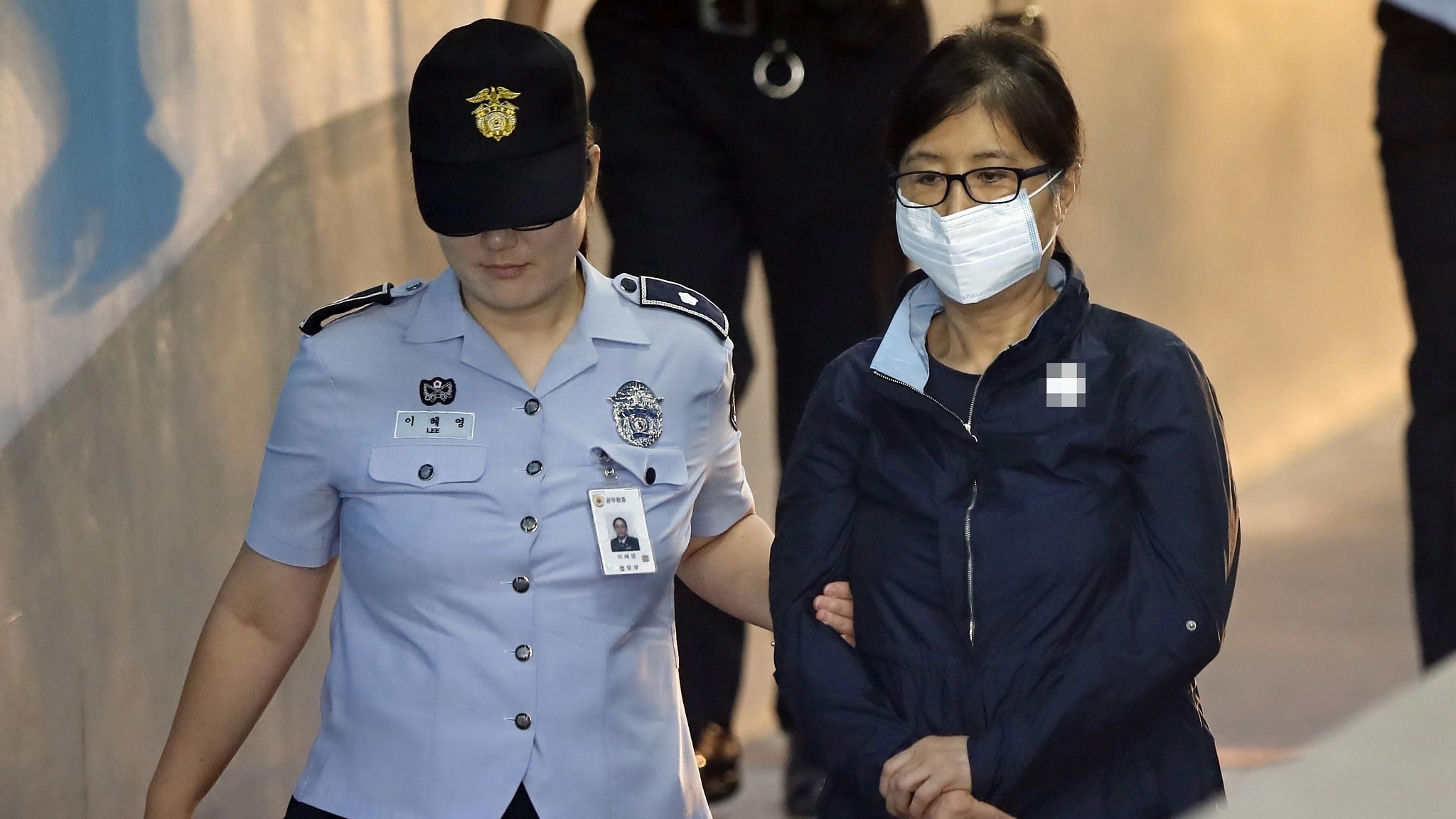 Friend of former S. Korean President Park Geun-hye, Choi Soon-sil, who was at the center of an influence-peddling scandal that upset the country's political and business environment, will hear her verdict on charges of corruption on Tuesday.

Tuesday's appearance will hear the verdicts for the charges of extortion, abuse of power and attempted fraud to extort bribes from business conglomerates.

In June last year, Choi was sentenced to three years in jail for conspiring with school officials to give her daughter preferential treatment.

The scandal burst in late 2016, exposing controversial, decades-long ties involving then president Park, Choi, as well as corrupt links between politics and conglomerates, and led to months of nationwide protests and promoted the impeachment of Park. 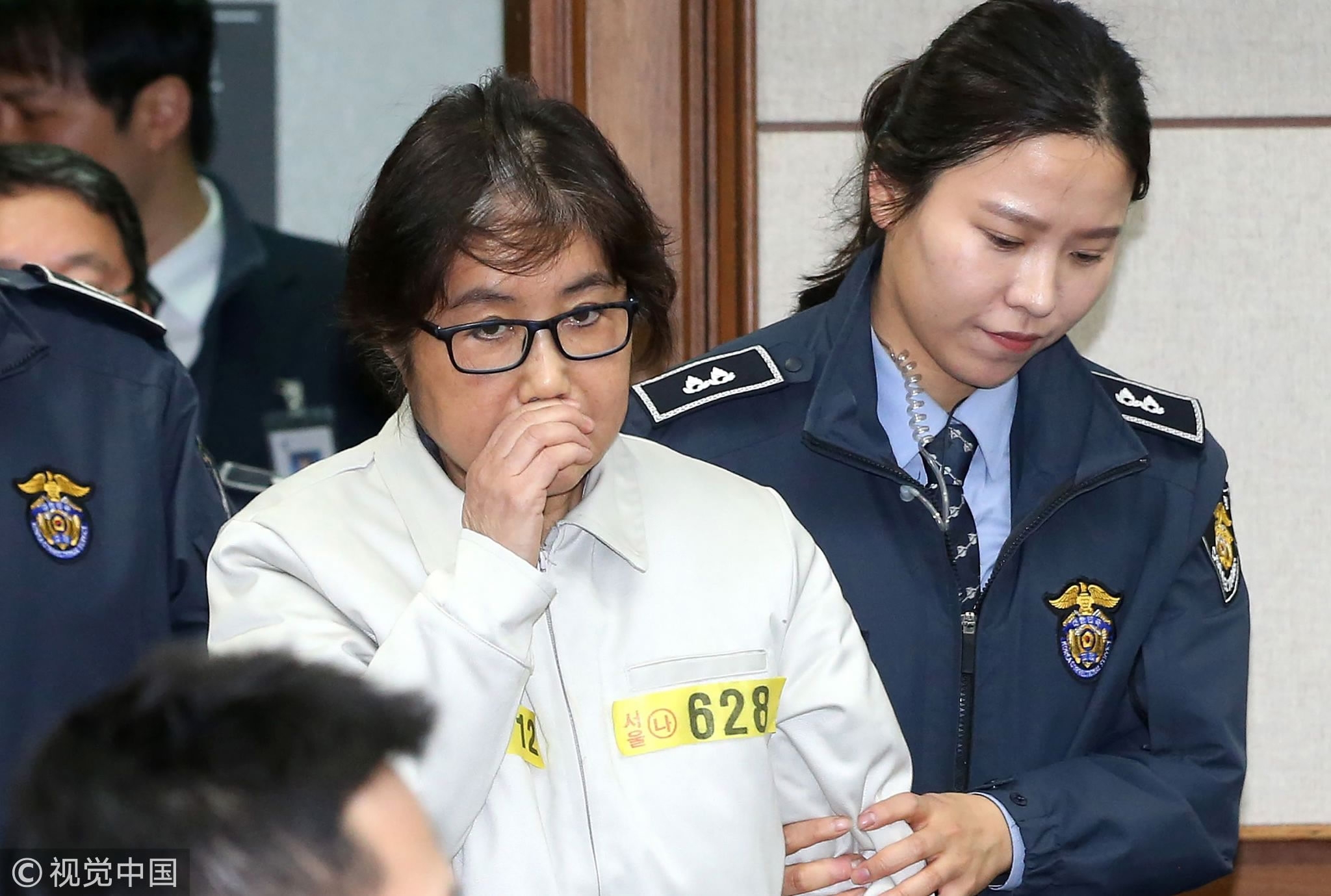 Choi Soon-Sil arrives at a courtroom for her trial at the Seoul Central District Court in Seoul, Dec.19, 2016. /VCG Photo

Park and the Chois

Choi is the daughter of Choi Tae-min, a religious figure who became Park Geun-hye's mentor after Park's mother was killed by an assassin’s bullet intended for her father, the then President Park Chung-hee in 1974.

Five years later, in 1979, Park’s father was murdered by his spy chief.

Since then, Choi's father has exerted influence over Park. The former president told Korean media in 2007 that Choi's father had provided emotional support when she lost her parents.

The depth and nature of Park’s relationship with the Chois has long been the subject of speculation in S. Korea.

According to a 2007 US diplomatic cable, which was released by Wikileaks, Choi's father had an enormous amount of influence over Park during her formative years and his children accumulated enormous wealth as a result.

Choi Soon-sil has insisted on the purity of her friendship with Park.

In a letter written by her and published in Korea Times earlier this month, Choi said she considers Park her "eonni," sister in Korean. Choi said both she and her "older sister" don’t have partners so they do a lot of "women's talks." 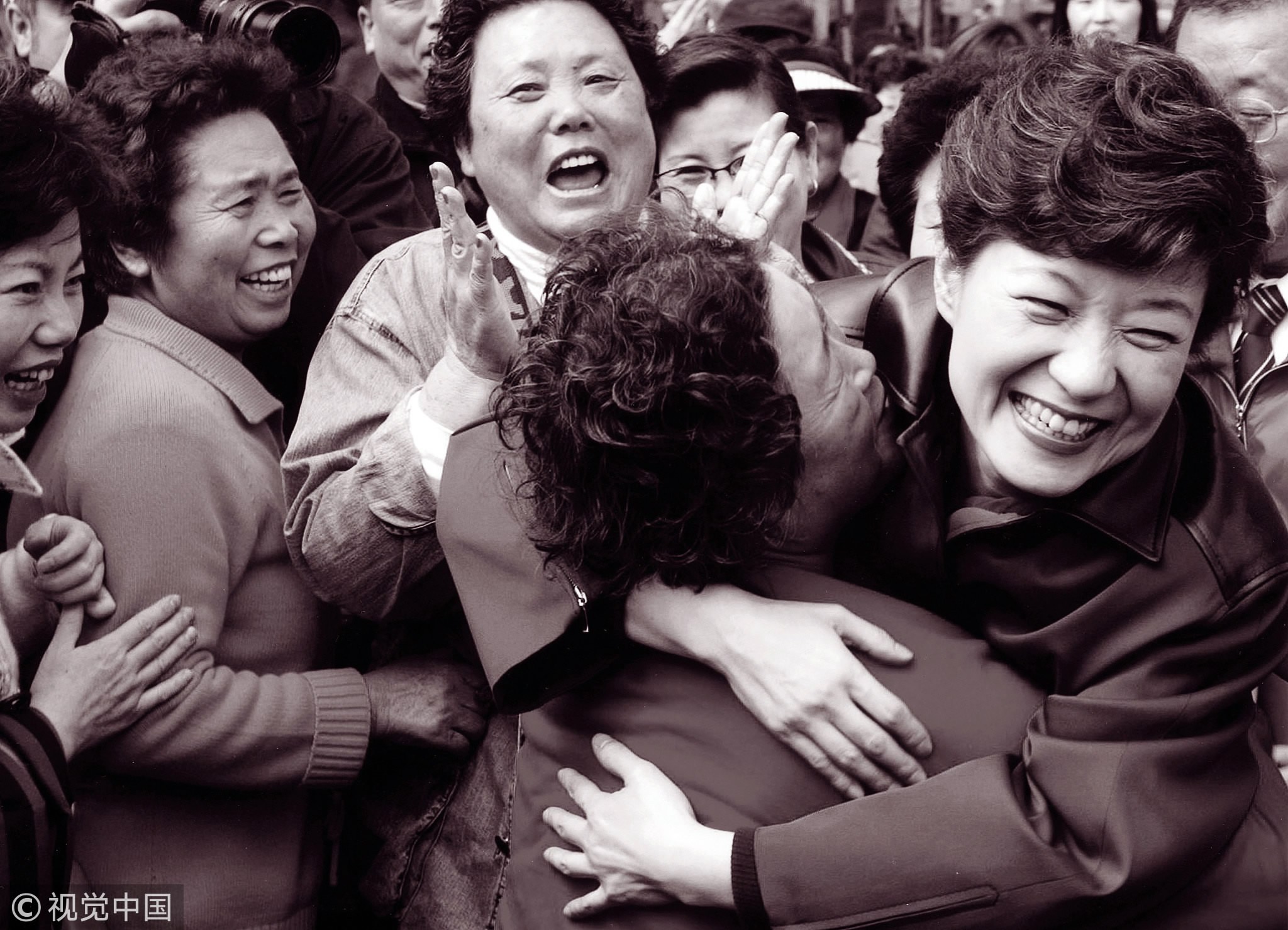 The talks are built on trust, Choi claimed. "I know she trusted me so much that she often asked me to revise and add a woman's touch to her speech drafts," she said, as many of the president's speech writers were men who did "dull oratories."

"I elaborated on some sentences in her speeches," she justified.

Park was surrounded by greedy, thoughtless men who care nothing but their careers, and she was lonely, Choi said, adding "she found me easy to talk (to)."

Apparently the career role wasn't as pure as Choi painted.

She also purchased properties including a hotel in Germany. 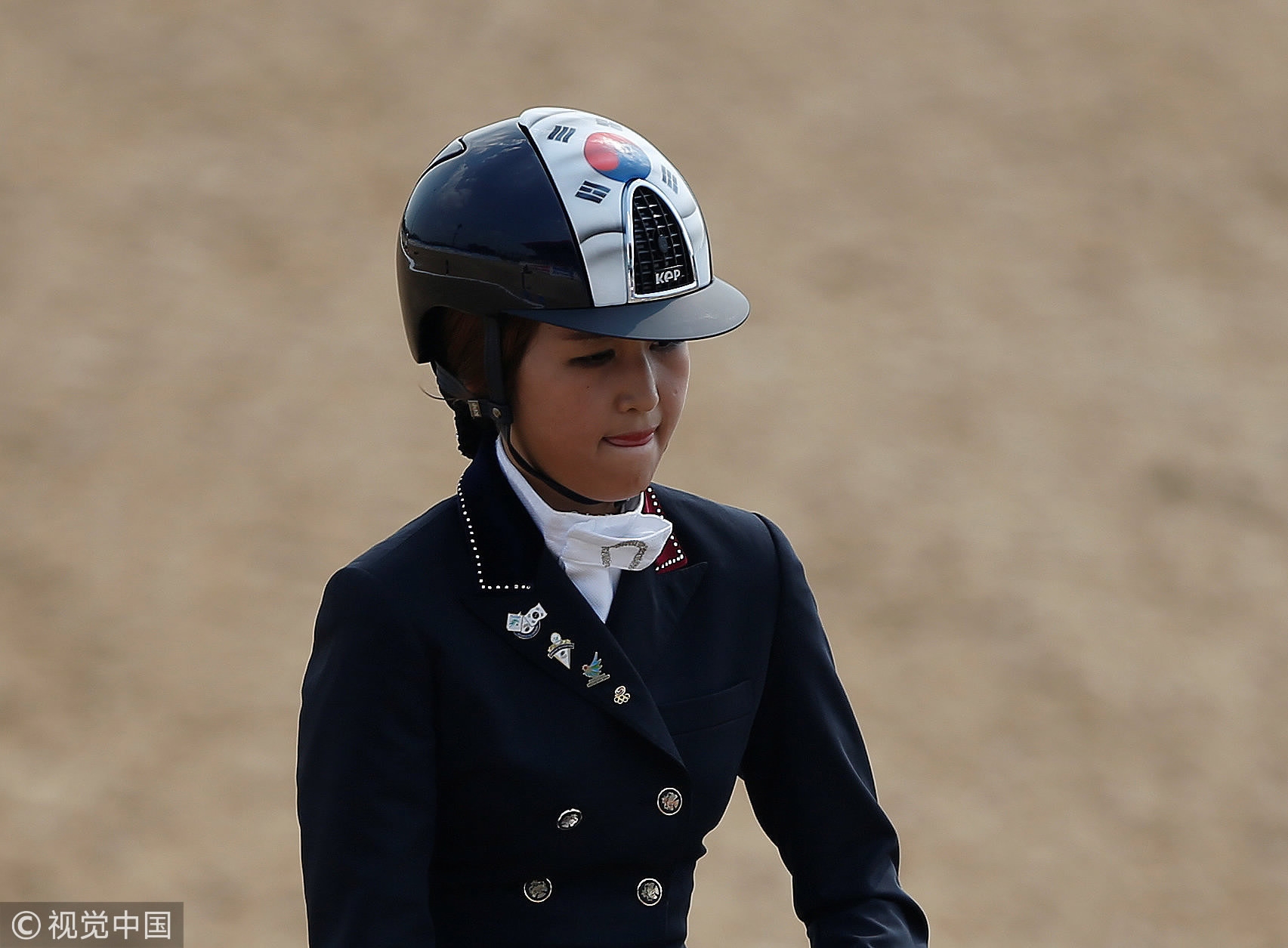 Prosecutors said Choi took one billion won (1.2 million US dollars) from Samsung Group to purchase a champion horse for her 21-year-old daughter, Chung Yoo-ra, and to further her equestrian career. The mother was also accused of obstruction of duty to get her daughter admitted to Ewha Woman's University and receive good grades.

Last week, an appeal court in Seoul freed Lee Jae-yong, vice chairman of Samsung Electronics, after he was convicted of bribery involving Park.

Lee was indicted on charges including offering 43 billion won (37.24 million US dollars) in payments to Choi. The Samsung heir also confessed that he was forced to donate money to set up funds to support Park's polices.

Although Lee's verdict was seen as a signal for Choi and Park's rulings, the court ruled the former president and her confidant were the "main players in this scandal."

The disgraced former president has been held in custody as her corruption trial, which began last May. 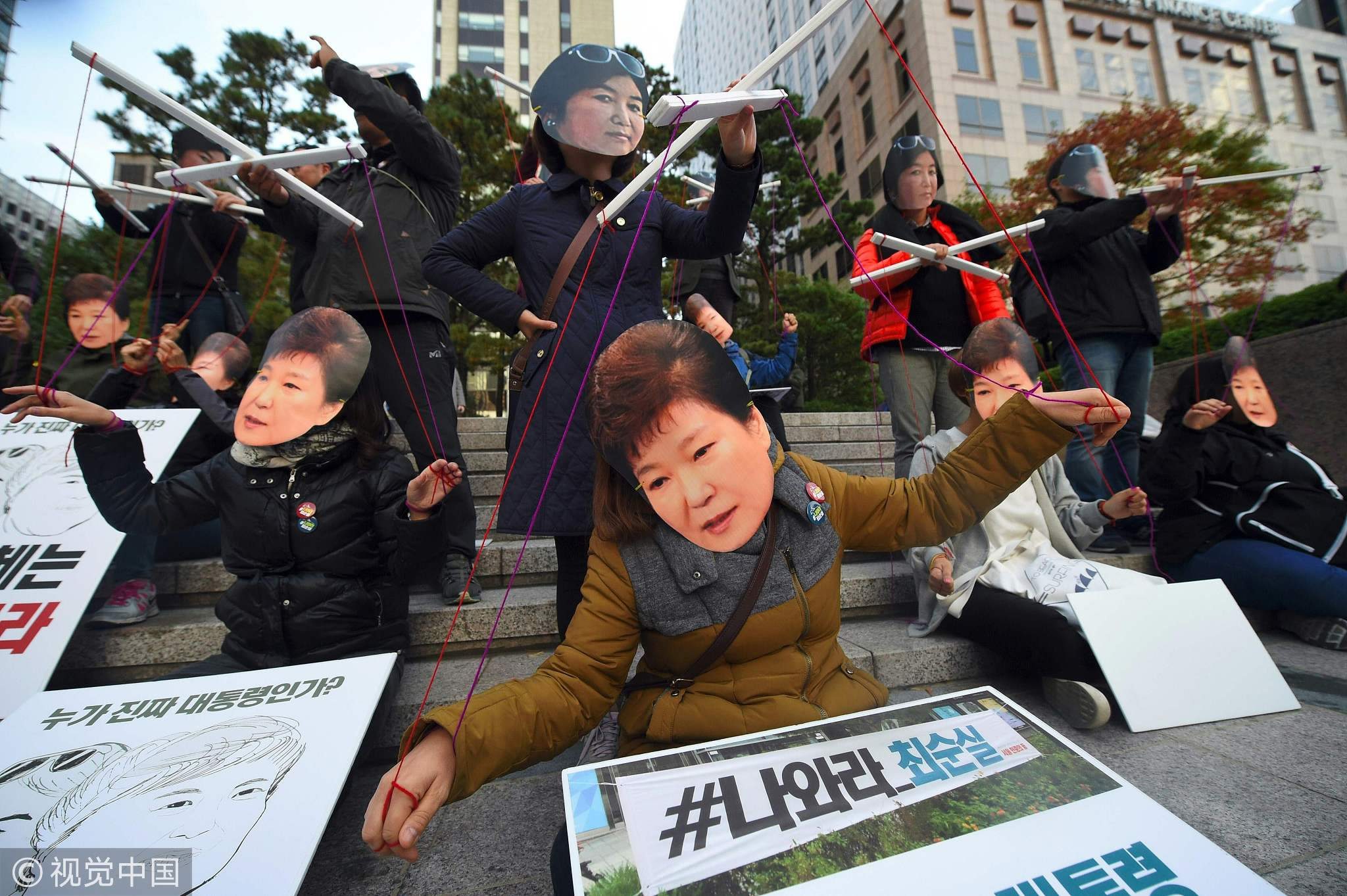 Prosecutors added a fresh charge of illegal election activity to the indictment against her, taking the number of accusations she faces to 21.

These charges include offering policy favors to a number of business tycoons including Samsung's Lee and letting Choi handle many key state affairs despite Choi having no title or security clearance.

It still remains unclear when the verdict will come for Park's marathon trial.