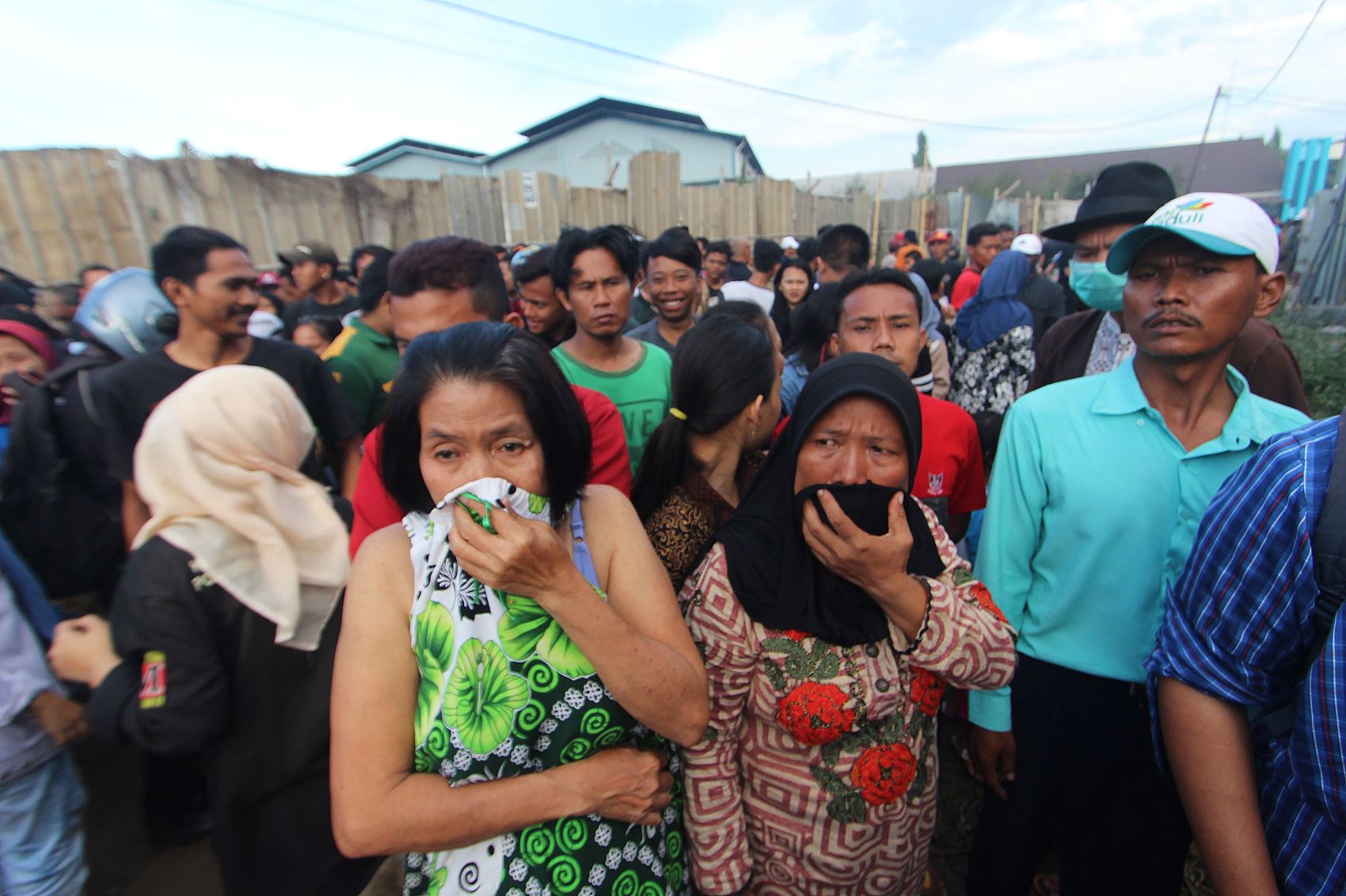 Indonesian people look at a firecracker factory that burned down in Tangerang Kota, Banten province on October 26, 2017. (Photo:VCG)

A worker who escaped the Indonesian factory fire that killed at least 47 people says most of those employed at the factory were women.

Mumum, who goes by one name, told Indonesia's TVOne she started working at the fireworks factory a few weeks ago and was paid 40,000 rupiah ($3) a day. She says the female staff were mostly casual workers without contracts.

She says while weeping: "I lost so many friends. I couldn't help. Everybody just ran for safety."

Police say the death toll could rise further as many of the dozens of injured have extensive burns.