A man known for his love of skateboarding, a Texas transplant to the state and a college student acting as a volunteer medic were killed or wounded this week by a 17-year-old gunman during a night of protests on the streets of Kenosha, Wisconsin. 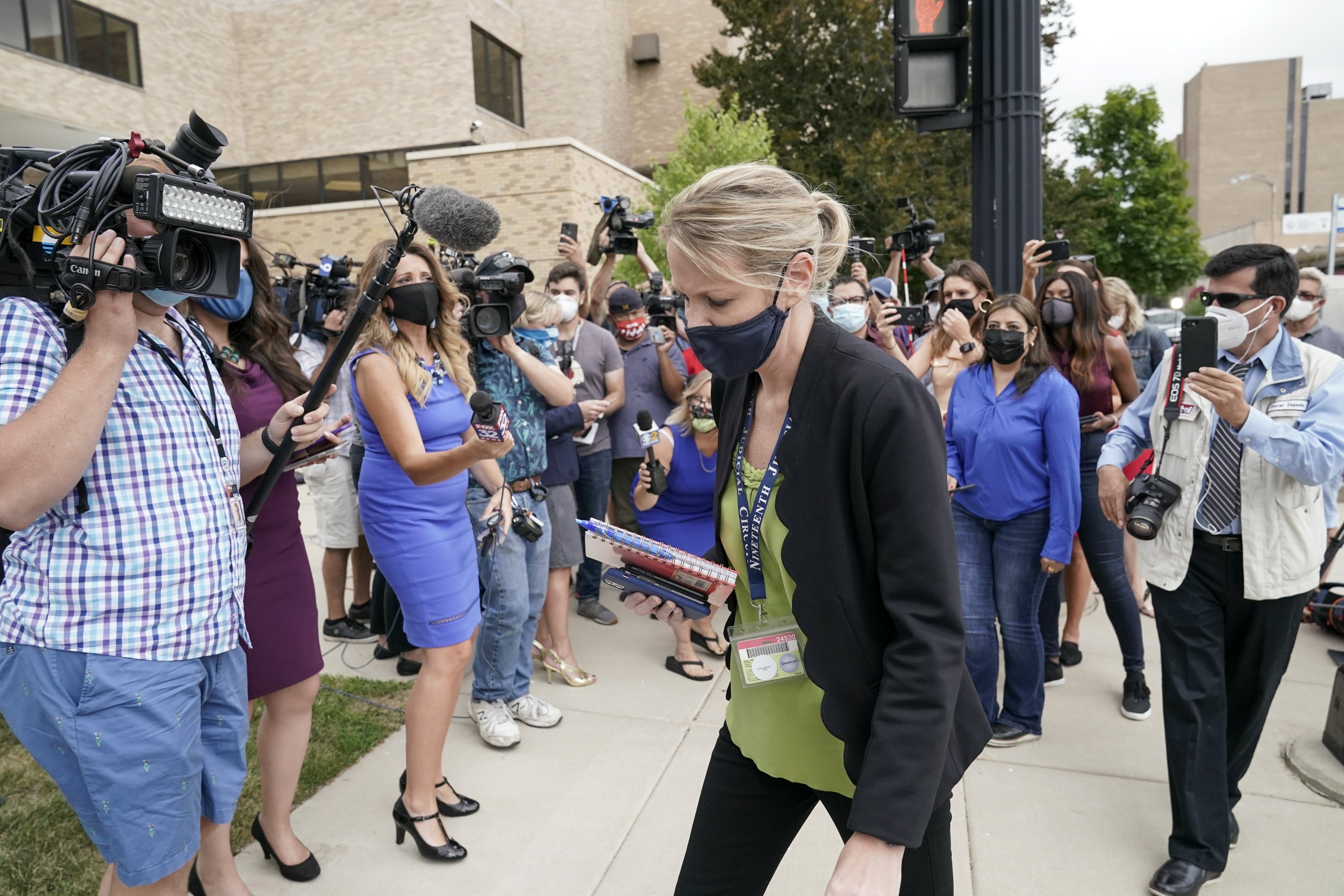 Kyle Rittenhouse, of Antioch, Illinois, has been charged with fatally shooting two protesters and wounding a third. Attorneys representing Rittenhouse have said he acted to defend himself.

Kenosha County prosecutors said in court records this week that the first person shot around 11:45 p.m. on Tuesday has been identified as Joseph Rosenbaum, 36, of Kenosha.

Prosecutors said Rosenbaum followed Rittenhouse into a used car lot, where he threw a plastic bag at the gunman and attempted to take the weapon from him.

The medical examiner found that Rosenbaum was shot in the groin, back and left hand. The wounds fractured his pelvis and perforated his right lung and liver. He also suffered a superficial wound to his left thigh and a graze wound to his forehead.

Friends have told local media that Rosenbaum was originally from Texas and previously lived in Arizona before moving to Wisconsin this year, where his young daughter lives. According to his Facebook page, he worked at a Wendy's restaurant in Kenosha.

The Associated Press was unable to reach family members by phone this week.

Rittenhouse then ran down the street and was chased by several people shouting that he just shot someone before he tripped and fell, according to the complaint and video footage.

Anthony Huber, 26, of Silver Lake, was shot in the chest after apparently trying to wrest the gun away from Rittenhouse, the complaint said.

Hannah Gittings, Huber's girlfriend, told WBBM-TV that he pushed her out of the way before chasing after the man others on the street had identified as the shooter.

Huber's friends gathered at a Kenosha skate park this week to remember him and his passion for skateboarding. According to court records, Huber had a skateboard in his right hand and used it to "make contact" with Rittenhouse's left shoulder as they struggled for control of the gun.

Other protesters remembered Huber on Wednesday night near the spot where he was shot, and Gittings told the group that he was an amazing person.

"He took down an armed gunman with nothing but his (profanity) skateboard," Gittings said, according to the Chicago Tribune.

The Kenosha News reported that local protest organizers said both Rosenbaum and Huber had participated in demonstrations this spring and summer, beginning with the May death of George Floyd after a Minnesota police officer pressed his knee into the handcuffed man's neck.

"They came out here every time with us," said Porche Bennett, a Kenosha resident who has organized protests. "Sweet. Loving. They were the sweetest hearts, souls. I called Anthony my hippie guy. They were sweet guys."

Bennett said she was particularly grateful to Huber, who stood in front of her when authorities used tear gas during protests outside the Kenosha County Courthouse this week.

The third man to be shot was wounded in the left arm. Court records said Gaige Grosskreutz, 26, appeared to be holding a gun when he approached Rittenhouse after he shot at Huber.

Grosskreutz is an activist who volunteered as a medic during the Kenosha demonstrations, according to Milwaukee activist Bethany Crevensten.

She said Grosskreutz was part of a group of roughly two dozen activists who have demonstrated around Milwaukee in the wake of Floyd's death and went to Kenosha to protest. Grosskreutz, who was wearing a backpack and cap labeled "paramedic," was shot in the arm, Crevensten said.

Grosskreutz, of West Allis, was recovering after surgery and was not yet giving interviews, Crevensten said this week.

The Milwaukee Journal Sentinel reported that Grosskreutz is a senior at Northland College in Ashland and the college registrar's office said he is set to graduate in December.

The paper also reported that he previously worked as a special events coordinator, wilderness medical instructor and sea kayak guide at Lost Creek Adventures in Cornucopia, according to an online LinkedIn profile. The company offers kayak tours, rentals and programs on wilderness skills within the Apostle Islands National Lakeshore.