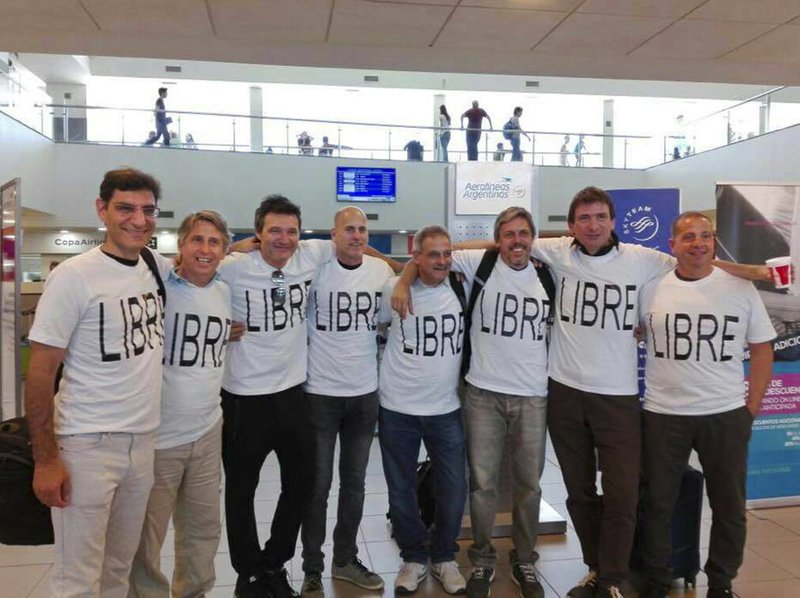 The victims of the New York bike path attack reflect a city that’s both a melting pot and a magnet for international visitors. Photo:AP

One of the dead was a young mother from Belgium. Five had traveled from Argentina to New York with a tight-knit group of classmates to celebrate the 30th anniversary of their graduation — courtesy of one of their well-heeled friends, who was among those who perished.

“They saw New York as a special place to be,” said Mayor Bill de Blasio, “and we now and forever will consider them New Yorkers.”

The victims were mowed down by a rental truck Tuesday afternoon near the World Trade Center. Police called it a terrorist attack, saying the driver was an Uzbek immigrant who “did it in the name of ISIS.”

On Wednesday, friends and relatives began remembering the victims — and recounting the circumstances that led them to New York.

Three decades had passed since their 1987 graduation from the Polytechnic School of Rosario, Argentina. But the Argentine victims of Tuesday’s truck attack, most of them architects, had remained close friends, getting together several times a year.

The five dead were among a group of 10 friends marking their graduation by touring New York and Boston, where at least one survivor of the group lived.

One victim, Hernan Diego Mendoza, was an architect and father of three who designed the home of his close friend, Estanislao Beas.

“The news destroyed my wife and I,” Beas said. “We had a tight bond. We cared for him so much. It’s incredible that this happened to him and that he was there at that time.”

The reunion trip was paid for by Erlij, the chief executive of Ivanar, an Argentine steel products manufacturing company, according to Argentina’s La Nacion newspaper.

Another classmate, Martin Ludovico Marro, of Newton, Massachusetts, near Boston, was being treated at a Manhattan hospital.

In Rosario, a minute of silence was observed at the high school, and the light-blue and white Argentina flag was flown at half-staff. The school planned a candlelight vigil Wednesday evening.

“It hurts us to think that these are people who walked the same school halls as we did or that studied in our same classrooms,” said Agustin Riccardi, a senior at the school.

Argentina’s consul in New York, Mateo Estreme, told La Capital newspaper in Rosario that the survivors in the group were in a state of shock. Only days earlier, before flying to the U.S., they had posed for a group photo, all of them wearing T-shirts with the word “Libre,” or Free.

“This was supposed to be a party, not a tragedy,” Mariano Mendoza, brother of victim Hernan Mendoza, told La Capital.

Marro, one of the survivors of the group, is “just a regular, everyday suburban guy,” said James Cote, a Newton city councilman and family friend of Marro. “He plays in a men’s soccer league and coaches his kids’ soccer team.”

He works in the Cambridge lab of the global pharmaceutical company Novartis, once hosted a fundraiser for Cote, and a photo from that event shows Marro and his wife posing with Republican Gov. Charlie Baker.

Ann-Laure Decadt, 31, the mother of two young sons, including a 3-month-old, had traveled with her relatives to New York from a rural town in Belgium.

Decadt belonged to a prominent family that owns a venerable animal feed business in Staden, a town of 11,000 some 60 miles (100 kilometers) west of Brussels.

The family said in a statement that “she was riding a bike and apparently was surprised by a vehicle that came from behind.” Her husband and children did not travel with her. Other family members escaped injury.

Decadt grew up in the town and was active in its social scene, taking part in the scouts movement, the youth council and village fairs, said Staden’s mayor, Francesco Vanderjeugd.

“Ann-Laure meant so much to us in town,” he said. “It is an attack in New York but also one on our community.”

Flags flew at half-staff in the village and a condolence register was opened at the local community center Wednesday — All Saints’ Day, when Belgium traditionally remembers the dead.

Johan Verstervete, a friend of the family, said: “We knew her as a very spontaneous person, very dynamic, loving her family and her children.”

Vanderjeugd said he had been delighted when he first heard that Decadt was going to New York. He even sent the family a message saying: “Wow, you’ll have a great time there, with Halloween and the New York marathon and all.”

“And then this happens,” he said.