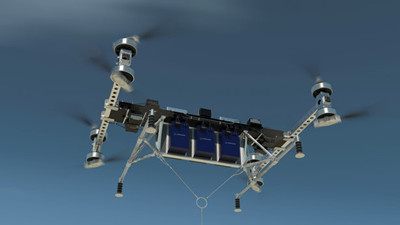 Boeing said in a statement that the cargo air vehicle (CAV) is capable of delivering a payload up to 500 pounds (about 450 kg) for possible future cargo and logistics.

The CAV, which is powered by an environmentally-friendly electric propulsion system, will be used to test and evolve Boeing's automation technology for future aerospace vehicles.

"We have an opportunity to really change air travel and transport, and we'll look back on this day as a major step in that journey," he said.

It took less than three months for a team of Boeing engineers and technicians to design and build the CAV prototype.

Established in 1916, the Chicago-based Boeing is the world's leading manufacturer of commercial jetliners and defense, space and security systems.

Boeing employs more than 170,000 people across the United States and in 70 countries.