Leaving the Kenyan capital of Nairobi at 2:30 pm, we arrived at Mombasa, a city 480km away, within five hours. Various picturesque views could be seen passing the train window on our journey.

It reminds me of May 31, 2017, when Mombasa-Nairobi Railway first opened. Kenyan president Kenyatta said at the opening ceremony, "The railway has made Kenya's dream come true and started a new development path for our countries.”

"Over 100 years ago, the colonists used a whip to drive us to build a railroad serving the colonial system; today, Kenyans have used their own hands to independently build a railway that serves the development of their national economy. This is the biggest difference,”said Kenyan officials.

"I still remember that when I was very young, it took me more than a day to take the train from Nairobi to Mombasa. I hurried with my family and caught up with the crowded train. When the sun shone into the carriage the next morning, we finally arrived in Mombasa," Kenyan official Chris recalled.

All these scenes are just symptoms from Kenyan singer Sudi Boy's song Ode to the SGR:

You gotta know, my friend,

SGR is passing my home.

From coast to Ngong Hills,

My home, oh my home,

As close as in my dreams. 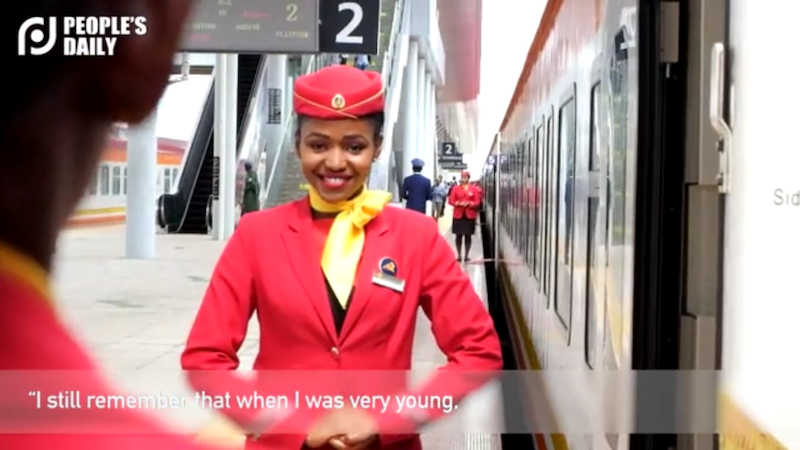 Screenshot of the Video