The event, focusing exclusively on imported goods and services, will showcase 3,000 companies from over 130 countries and regions. Among them, the US firms will cover fields such as high-end manufacturing, intelligent equipment, agricultural products, culture and sports.

"There was no shortfall of interest in the Chinese market on the part of American companies. To the contrary, there was still great appetite to understand and expand within the market," said Sourabh Gupta, a senior fellow at the Washington-based Institute for China-America Studies, in a recent interview with Xinhua. 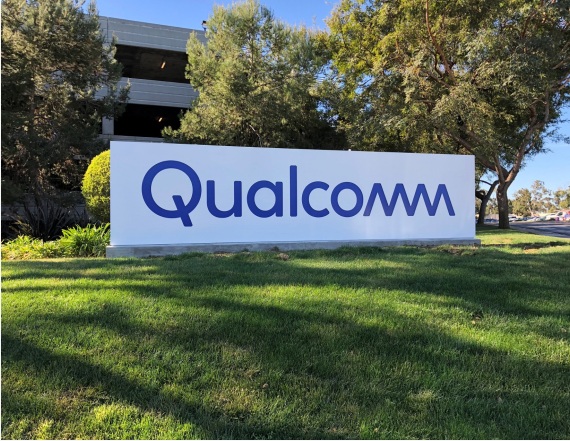 For giant US companies that have grown in China for decades, the expo is an important platform to showcase their technologies and services and nab an even bigger share of the fast transformational Chinese economy.

Qualcomm, a leading global company in wireless technologies headquartered in San Diego, California, is one of the first American companies to confirm its participation at the expo.

"We hope to showcase innovative technologies and products and services with our Chinese partners through the CIIE, and reveal the vision and value of the new communications era," Frank Meng, Chairman of Qualcomm China, told Xinhua.

Qualcomm, which entered the Chinese market in the 1990s, has expanded its collaboration with its local partners in areas including mobile phones, connected vehicles, Internet of Things, and integrated circuit manufacturing. It established joint innovation centers in Nanjing, Chongqing and Qingdao to empower startups and support the growth of the industrial chain.

China is expected to import 10 trillion US dollars worth of goods and services in the next five years, according to China's Ministry of Commerce. For example, by 2025, the size of the smart logistics will exceed 1 trillion yuan (143.8 billion US dollars), according to the China Federation of Logistics and Purchasing. 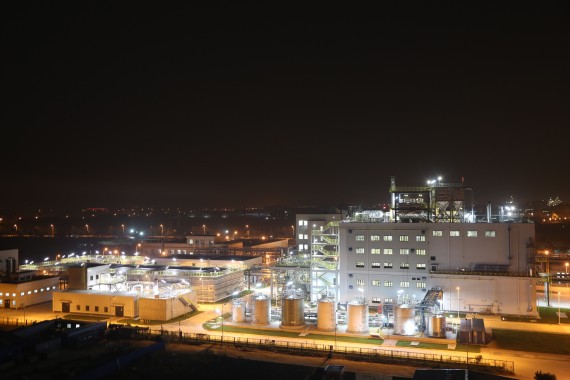 China is the largest market for Honeywell outside the United States and it is also the biggest contributor to Honeywell's growth, Tedjarati said, adding that the company is now "very aligned with" China's Internet Plus strategy.

For smaller US companies knowing less about China, the CIIE plays as a window for them to explore and understand more the business environment.

Horacio Licon, vice president of the Greater Houston Partnership, an economic development organization serving the Greater Houston area in the state of Texas, is leading a team of 15 delegates to Shanghai. They represent 12 companies covering diverse industries such as technology, manufacturing, energy and logistics.

Ten innovative companies from Wisconsin, to be featured as part of Foxconn Innovation Pavilion in the expo, are to showcase the midwestern state's key industries, including its advanced freshwater technology.

Meanwhile, Wisconsin ginseng products will be on display to woo Chinese customers. Statistics show that there are about 180 ginseng farms in Wisconsin producing around 1 million pounds (453,000 kg) of ginseng every year, and about 70 percent of the output has been exported to China. 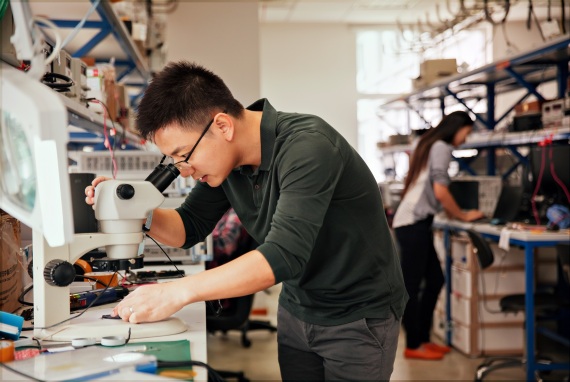 The six-day CIIE is a symbol of win-win cooperation which China has long championed in handling foreign relations, noted Robert Kuhn, a leading Chinese expert and chairman of the Kuhn Foundation, in a recent interview with Xinhua.

"To large numbers of companies, particularly in technologies and new areas, to be in the Chinese market is not an option. It's essential for them," he said.

China now has a middle income group of 400 million, which tops the world and is still fast growing.

According to the Group's Doing Business 2019: Training for Reform report released by the World Bank on Wednesday, China now ranks 46th in the global ranking, advancing more than 30 spots from last year, as the government continues efforts to create favorable conditions for private enterprises.

The report said China is one of this year's top 10 improvers on its business environment given the authorities' continuous opening-up and economic reform.

"There are very few industries in the future where companies can, and will be able to compete on a global basis or even in their home country, if they are not in the Chinese market, being in touch with the latest trends, or the latest problems or challenges," Kuhn added. 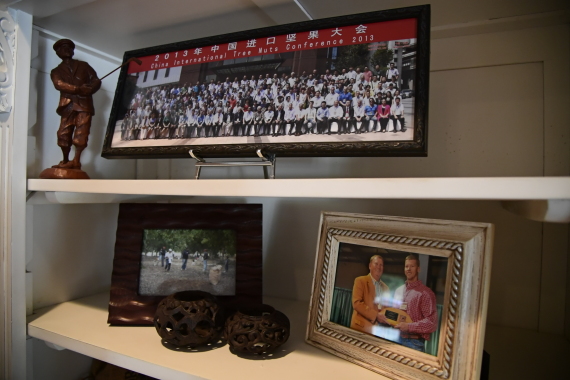 For US companies doing business with China, the trade tensions between the United States and China are really "a distraction," Kuhn said.

"They're unhappy with it. They really don't want to deal with the problems of the bigger macroeconomic, political, or economic or geopolitical matter. They only want to deal with the nuts and bolts of their own business. And to be successful, they need to be in the Chinese market," he explained.

"Only those of us who are most directly affected, the hog farmers, the wheat growers, the cotton and peanut growers ... All of us are just now beginning to realize that this thing is real and that it's going to impact us directly," said Randy Hudson, a pecan farmer in the leading producing state of Georgia.

Hudson used to sell over 20 million dollars worth of pecans to China every year before the US-China tit-for-tat tariff measures. On July 6, the United States added a 25-percent tariff on 34 billion US dollars' worth of Chinese products. Beijing responded in kind, hitting US products, including pecans.

"It is the hope of both US suppliers and their customers in China that current tariff rates are short-lived," said Rose Braden, president of the US

Braden's council is part of the 12-member delegation for the CIIE led by the Oregon-China Sister State Relations Council. 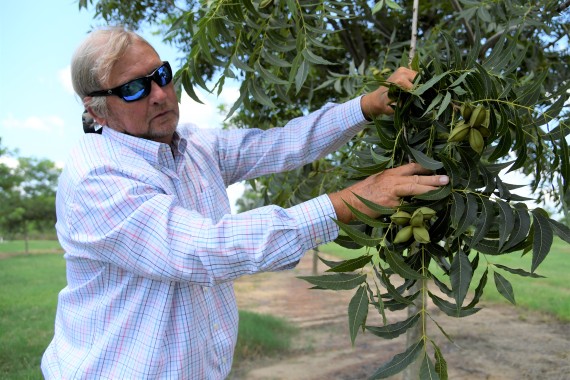 Randy Hudson, a pecan farmer, shows a bunch of pecan on his farm in the state of Georgia, the United States, on July 10, 2018. (Xinhua/Yang Chenglin)

"It is particularly important in light of the current trade situation for American trade organizations and suppliers to participate in trade shows and delegation missions to China to show our Chinese colleagues that American suppliers are committed to our long-term partnerships," Braden said.

On the other hand, Kuhn said, "China is doing it (CIIE) for its own benefit and the benefit of its own industries and its own people."

"Obviously, the primary interest of (the Chinese) government is to elevate the standard of living of the people," he said, adding that inviting competitors can also force Chinese companies to elevate their game.  Enditem