The families of some of the 39 Vietnamese people found dead in a truck in Britain prepared for emotional burials for their children Thursday after an agonising weeks-long wait to bring their bodies home. 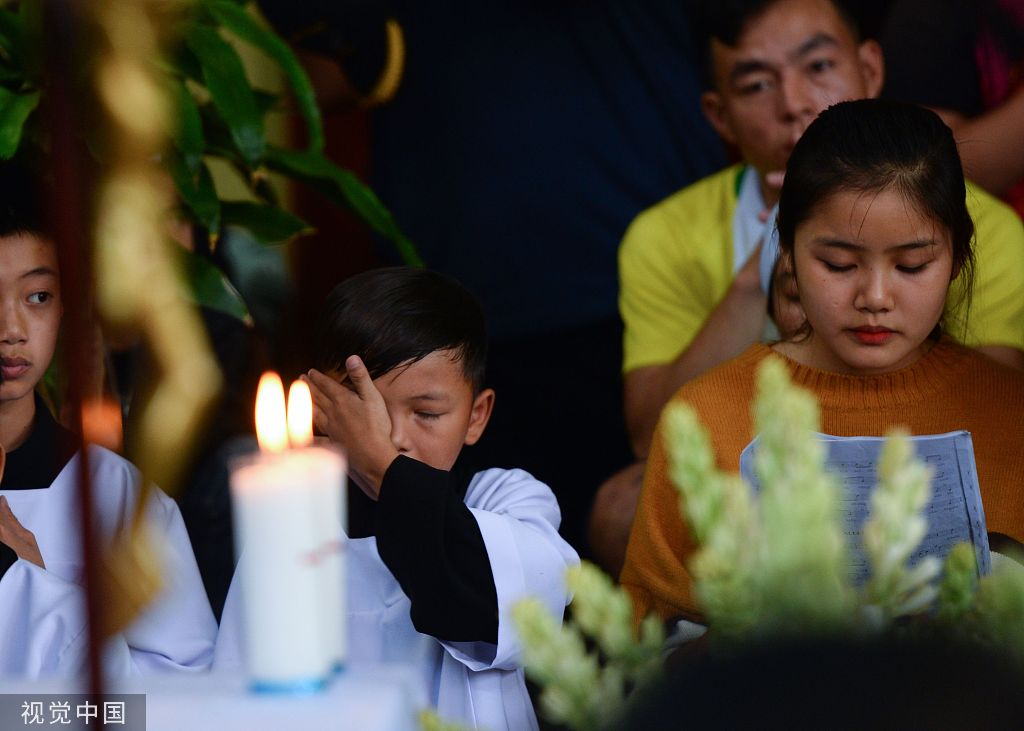 Relatives pray during a funeral wake for Nguyen Van Hung as the casket bearing his body arrived home in Dien Chau district, Nghe An province on November 27, 2019 after being repatriated from Britain. (Photo: VCG)

The first of the remains arrived in Vietnam Wednesday morning before being quickly shuttled to their homes in the centre of the country, where many of the victims came from.

All 31 men and eight women found in a refrigerated container in Essex last month were from Vietnam, many from rural towns that have been shaken by the tragedy.

On Thursday villagers banded together to lay their loved ones to rest after long nights of emotional vigils for the returned.

"I'm very sad to have to bury my own son," said Vo Van Binh, whose 25-year-old child was on the ill-fated truck.

Families like his took out loans from the government to cover the cost of repatriation -- $1,800 for ashes, or $2,900 for the body.

"I wanted to bring him back in full so I could see his face one last time," he told AFP from his bare home in Ha Tinh province, surrounded by dozens of mourning family members.

Grim-faced relatives wearing white headbands -- in line with Vietnam funeral customs -- later loaded his casket into an ornately-decorated van to transfer him to the crematorium.

Linh was among sixteen bodies that arrived in Vietnam on Wednesday, flown on a commercial flight from London in canvas-covered coffins.

At least five, including Linh, came from Can Loc district in Ha Tinh province, which has been devastated by the deaths.

"This is the first time we experienced a tragedy like this -- five young people dead at the same time, and five funerals at the same time," said one of Linh's neighbours, refusing to be named.

He said the death "shocked" the community, where most residents are elderly -- the young have all gone abroad for work.

The majority of the 39 people found dead in the truck on October 23 came from just a handful of central provinces, hotspots for illegal migration into Europe.

Several families told AFP they borrowed tens of thousands of dollars to send their kids to Europe. Some shelled out thousands more to secure a spot on the truck -- which was sold to them as a safe option into Britain.

Vietnam has arrested at least 10 people in connection with the tragedy for people smuggling, though none have been formally charged.

Several people have also been arrested in Britain, including the 25-year-old driver of the truck Maurice Robinson, who pleaded guilty to conspiring to assist illegal immigration in court this week.