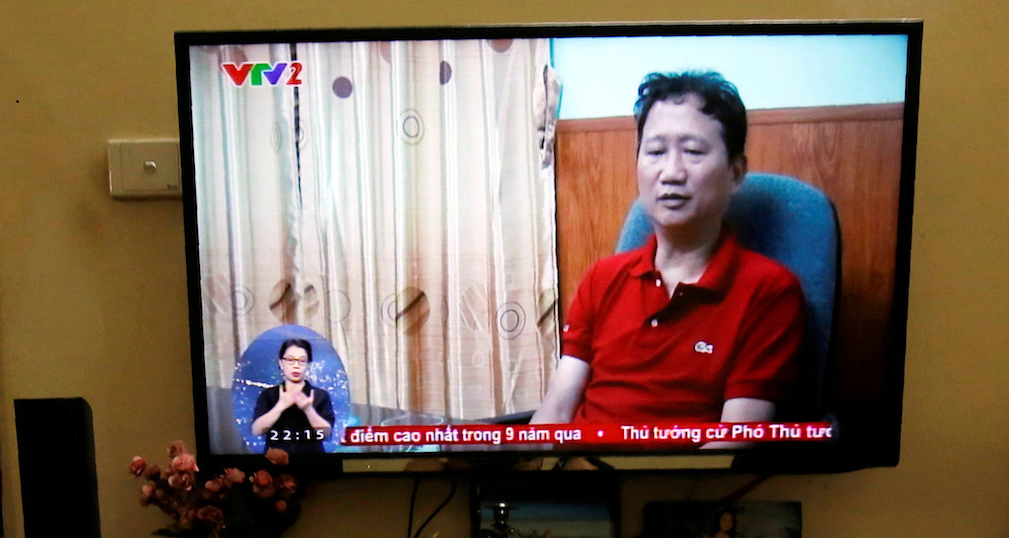 Vietnam’s state-run news agency apologized on Saturday for issuing what it said was a false report that two more officials of state energy firm PetroVietnam were to be prosecuted over financial losses.

The original report had also been carried on the government’s official website.

Vietnam News Agency said in a statement that it had apologized to Phung Dinh Thuc and Do Van Hau over the false report. It also apologized to their families and to police.

The news agency said it had failed to verify its information “carefully enough” before publication.

PetroVietnam is at the heart of a sweeping high-level corruption crackdown in the communist state.

Former PetroVietnam chairman Dinh La Thang, 56, was arrested on Friday. The former member of Vietnam’s politburo is the most senior executive arrested so far.

Government critics have voiced suspicions that the corruption crackdown is politically motivated, at least in part, and aimed against those close to former Prime Minister Nguyen Tan Dung, who lost out in an internal power struggle in 2016.

The corruption crackdown made global headlines in August when Germany accused Vietnam of kidnapping former executive Trinh Xuan Thanh in Berlin to face trial over a separate case.