Authorities from Vietnam on Sunday gathered DNA samples from relatives of people suspected to be among the 39 people who were found dead in a refrigerated truck in the UK on Wednesday, AFP reports citing a security source and a family member. 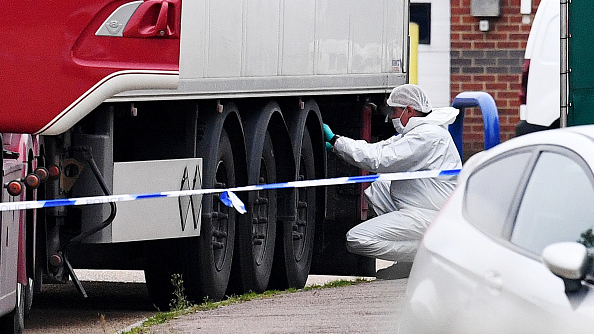 Police and forensic officers investigate a lorry in which 39 bodies were discovered in the trailer, as they prepare move the vehicle from the site on October 23, 2019 in Thurrock, England. The lorry was discovered early Wednesday morning in Waterglade Industrial Park on Eastern Avenue in the town of Grays. Authorities said they believed the lorry originated in Bulgaria. (File photo)

Initial reports said that the 31 men and eight women who were discovered were from China. However, a number of Vietnamese families have since come forward claiming their relatives could be among the dead.

It is suspected that few of the victims were carrying any form of identification.

A total of 24 families have reported to Vietnamese authorities that their family members may be missing in the UK amid fears that they are among the 39 people found dead.

He assigned the country's ministry of public security to investigate, and uncover, cases of Vietnamese citizens leaving illegally and reporting them before November 5, 2019, said the report.

The prime minister also asked the Vietnamese embassy in the UK to closely monitor the situation and coordinate with the British side to confirm the victims' identities.