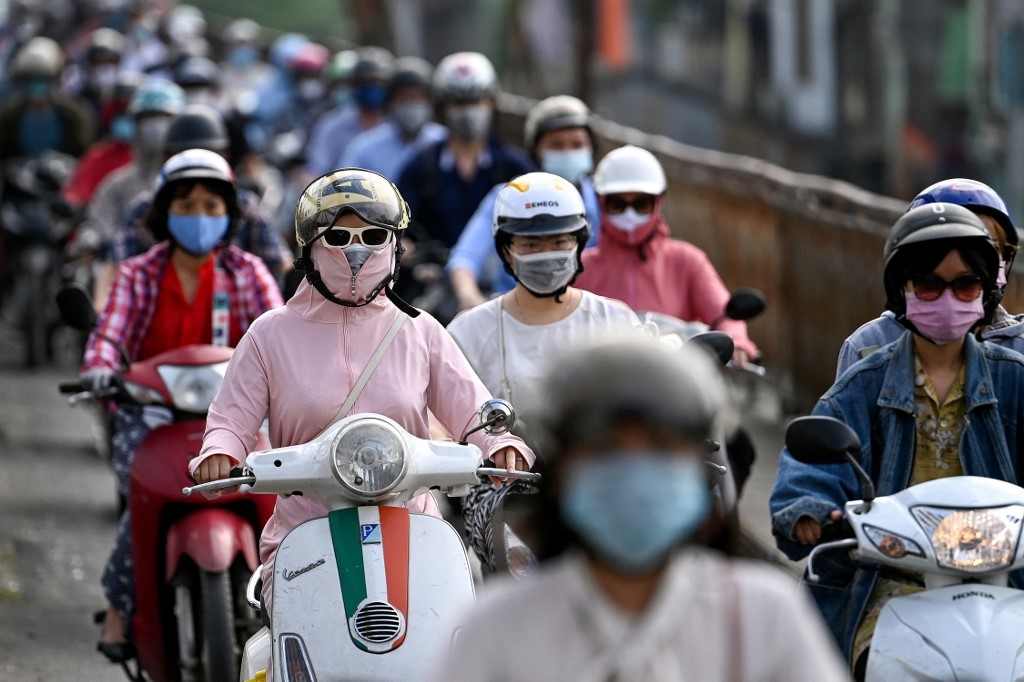 Morning commuters wearing face masks, amidst concerns about the Covid-19 coronavirus, ride past in Hanoi on May 4, 2021. (Photo: AFP)

HANOI, May 6 (Xinhua) -- Vietnam recorded 68 new cases of COVID-19 on Thursday, including 64 locally transmitted and four imported, raising the total confirmed cases in the country to 3,090, according to the country's Ministry of Health.

Most of the cases, especially in Hanoi and other northern localities, are linked to a cluster of infections at a hospital designated for COVID-19 treatment in Hanoi.

The imported cases are all Vietnamese citizens who recently entered the country from abroad and were quarantined upon arrival, said the ministry.

As many as 2,560 patients have recovered as of Thursday, the ministry said, adding that over 40,700 people are being quarantined and monitored.

Following recent community cases, the authorities of the northern Thai Binh province have decided to carry out social distancing rules across the locality, starting from Thursday, and implement urgent antiseptic and contact-tracing measures.

As of 6:00 p.m. Thursday, Vietnam had recorded a total of 1,690 domestically transmitted infections, including 120 logged since the latest outbreak that began on April 29, according to the Ministry of Health.