HANOI, July 17 (Xinhua) -- Vietnam reported a new high of 3,718 new COVID-19 infections on Saturday, surpassing the previous record of 3,416 cases registered on Thursday, according to the country's Ministry of Health. 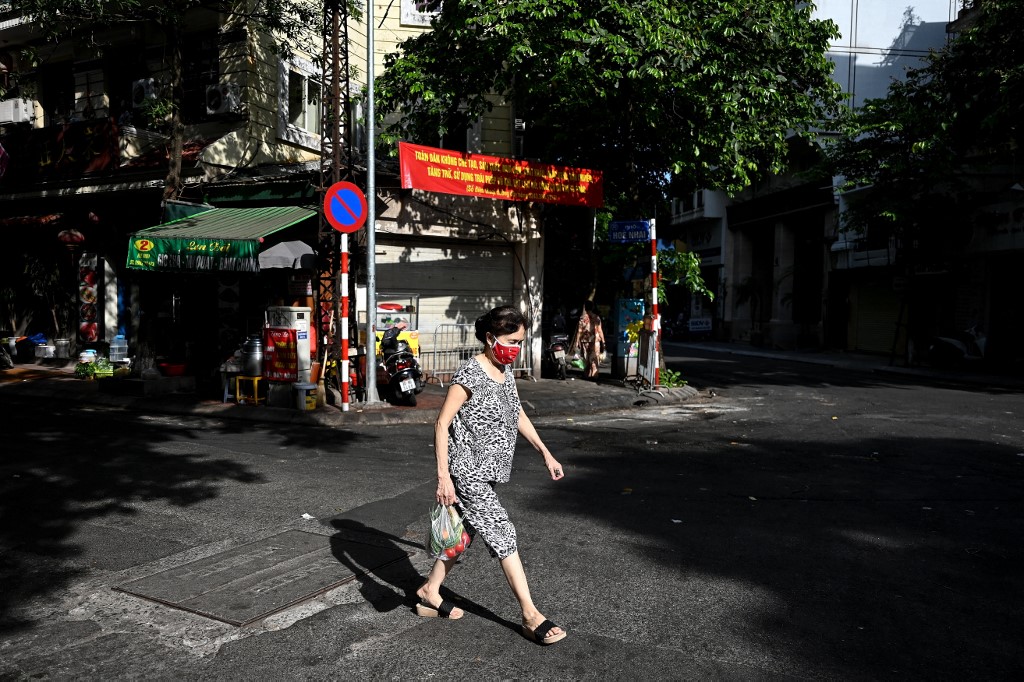 A woman wearing a face mask carries vegetables across a street in Hanoi on July 15, 2021. (File photo: AFP)

The new infections included 3,705 locally transmitted and 13 imported cases, bringing the total tally to 47,904 with 225 deaths, the ministry said.

As of Saturday, Vietnam has registered a total of 45,884 domestically transmitted COVID-19 cases, including 44,314 detected since the start of the latest outbreak in late April, according to the health ministry.

According to the order, people in the localities must stay at home and only go out for basic necessities such as buying food or medicines or to work at factories or businesses that are still allowed to open, the report said.