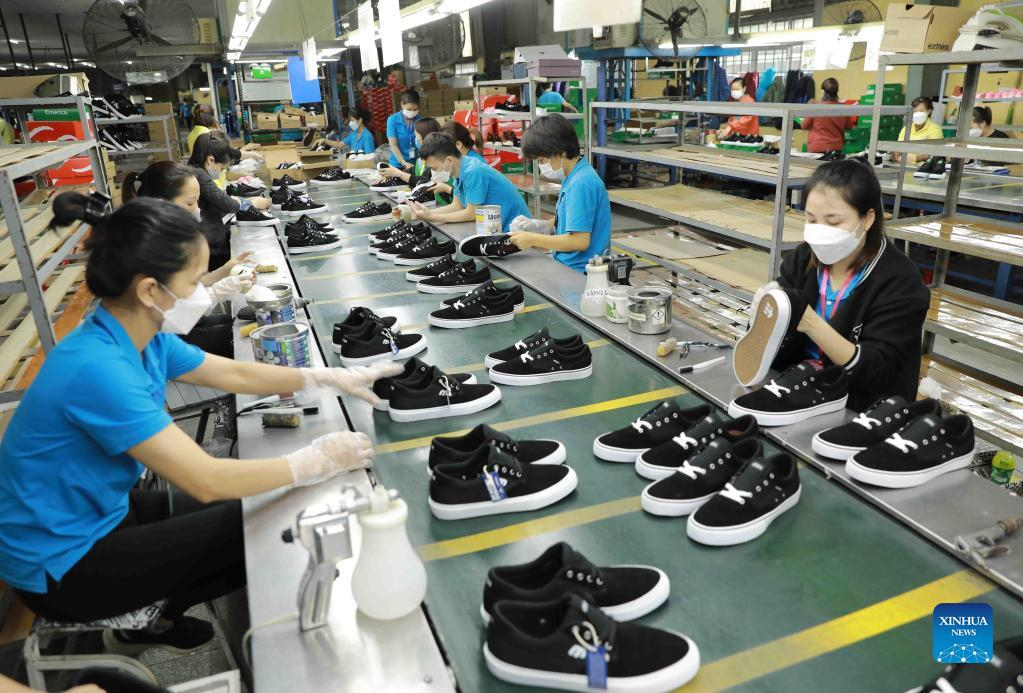 Workers make shoes for export at a workshop of the footwear company in Hanoi, Vietnam, April 1, 2022. (Photo: Xinhua)

As the U.S. Federal Reserve is expected to continue raising interest rates, Vietnam could consider allowing further flexibility in the exchange rate, including through a quicker pace of depreciation of the reference rate, the report said.

Meanwhile, a fast rise in food prices was a driver of accelerating inflation in the month, the report said, adding that the Consumer Price Index (CPI) inflation rose 4.3 percent in October, exceeding the 4 percent target for the first time since April 2020.