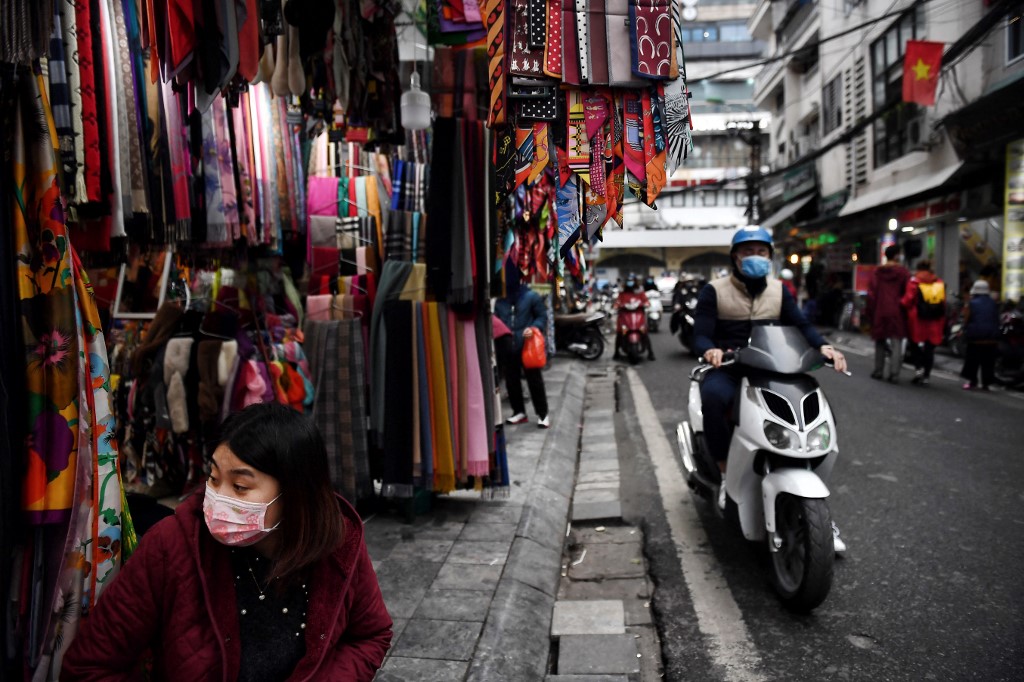 A garment seller wearing a protective face mask waits for customers in the Old Quarter in Hanoi on February 6, 2020. (Photo: AFP)

HANOI, April 9 (Xinhua) -- Vietnam raked in nearly 7.2 billion U.S. dollars from exporting textile and garment in the first quarter of this year, up 1.1 percent against the same period last year, according to the country's General Statistics Office on Friday.

Most of the local garment enterprises have received sustained new orders, including several future ones until August, according to the Vietnam Textile and Apparel Association. The recovery of global demand following the rollout of COVID-19 vaccines around the world is expected to bring more positive impacts to the market, said the association.

In 2020, Vietnam recorded an export turnover of roughly 29.5 billion U.S. dollars from textile and garment products, down 10.2 percent from 2019, according to the statistics office. Its largest export markets included China, Japan, the European Union, South Korea and the United States.