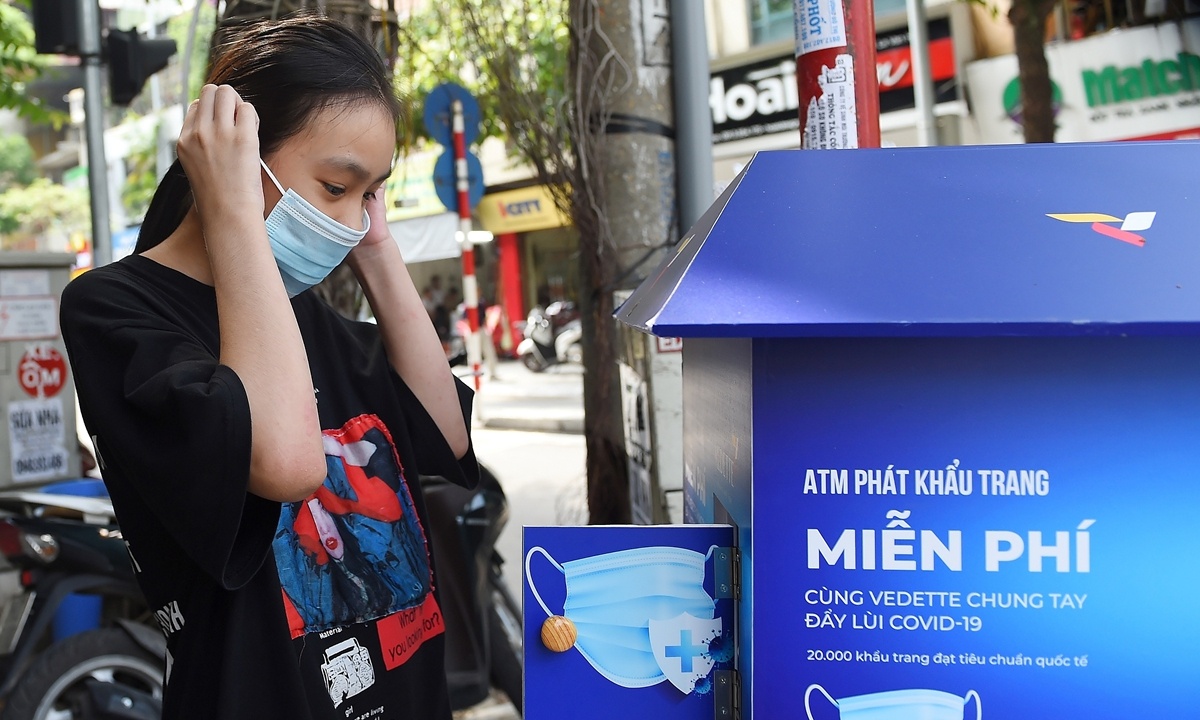 A girl wears a face mask from a "free mask" dispenser set up along a street, amid novel coronavirus concerns, in Hanoi. (Photo: AFP)

Vietnam's government is seeking to increase scrutiny of livestream content on social media such as Facebook and Google, in its latest move to rein in online activities it deems to be anti-state.

In a draft decree by the information and communications ministry, cross-border social media platforms operating in Vietnam must provide contact information of account operators with more than 10,000 followers or subscribers.

While the decree covers domestic social media operators such as Zalo, a home-grown social provider, most livestream videos are hosted on foreign platforms.

"These platforms have not fully abided by Vietnamese laws," the ministry said.

"A lot of content posted there is disinformation, causing instability and frustration in the society and inequality between domestic and foreign companies."

Facebook and TikTok had no immediate comment when contacted by Reuters, while Google did not immediately respond.

The draft, which has yet to be approved, requires social media providers to block or remove flagged content within 24 hours upon "justified" requests by Vietnamese individuals and affected organisations.

Reuters reported last week social media "influencers" were more likely to be soldiers than celebrities, known as Force 47 and tasked with setting up, moderating and posting on pro-state Facebook groups, to correct "wrong views" online.

Vietnam has seen a major tightening of online content, with ramped up censorship of posts, culls on accounts spreading "wrong views" and frequent criticism by regulators of some global firms.