WORLD Vietnam, site of next Trump-Kim summit, a model for growth

Vietnam, site of next Trump-Kim summit, a model for growth 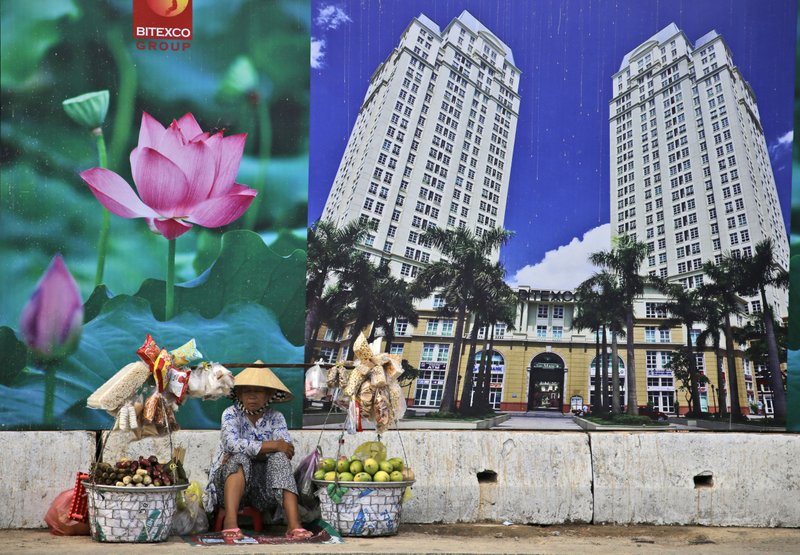 Vietnam, the location of US President Donald Trump’s next meeting with North Korean leader Kim Jong Un, has come a long way since America abandoned its war against communist North Vietnam in the 1970s.

North and South united into a youthful nation that now numbers 95 million, and in the mid-1980s the country embraced global trade, starting its rise as a production base for South Korea’s Samsung and many other manufacturing giants. The “Doi Moi” reforms adopted by its communist rulers, modeled largely on China’s transformation into the world’s factory floor, could provide a model for North Korean leader Kim Jong Un.

GOING FOR GROWTH: The Vietnamese economy expanded at an estimated annual rate of just above 7 percent in 2018, fueled by a double-digit increase in manufacturing output. At 5.54 quadrillion Vietnamese dong ($238 billion in 2017), its GDP ranks in the world’s top 50 economies. As the economy has grown, poverty rates have fallen and life expectancy has risen, to 76 years.

SAMSUNG FACTOR: Heavy investment by South Korea’s Samsung Electronics, the world’s biggest maker of computer chips and cellphones, led commitments by other big global manufacturers like Microsoft and Intel. Samsung opened Vietnam’s first mobile phone plant in 2009 and now employs more than 100,000 people in its factories there. In 2017, the company accounted for more than a quarter of Vietnam’s total exports. Samsung had no comment on speculation that Kim might visit one of its factories outside the capital, Hanoi, where he is to meet with Trump.

EXPORT BONANZA: By joining the World Trade Organization and regional groupings including the Pacific Rim accord called the Trans-Pacific Partnership, Vietnam has leapfrogged its neighbors in taking advantage of lowered tariffs, and its exports have soared. In the meantime, manufacturers from South Korea, Japan and China have crowded in to take advantage of lower costs and other incentives. Exports surged to $214 billion in 2017, up by more than a fifth from the year before. The US is Vietnam’s largest export market, at nearly $42 billion in 2017. It’s not all cellphones: Vietnam’s main exports also include electronics, shoes and apparel.

CHALLENGES: Having just barely reached middle-income status, Vietnam is struggling to raise productivity — the key to ensuring living standards will continue to improve. Economists say the country’s productivity is only about a third of China’s and much lower than in affluent countries. Heavy reliance on export-led growth leaves the country vulnerable to global downturns. Vietnamese leaders also have emulated China in keeping a tight grip on the media, political dissent and other freedoms. Rural poverty, pollution and corruption are serious concerns, and like its huge neighbor to the north, Vietnam is struggling to revamp state-dominated industries that are a legacy of the earlier era of central planning.

THE OUTLOOK: After years of absorbing large flows of foreign investment, Vietnam could see that flow taper off along with global cutbacks. To sustain growth and remain competitive, the country needs to give a freer rein to private businesses, the World Bank and other experts say, and encourage adoption of more advanced technologies.