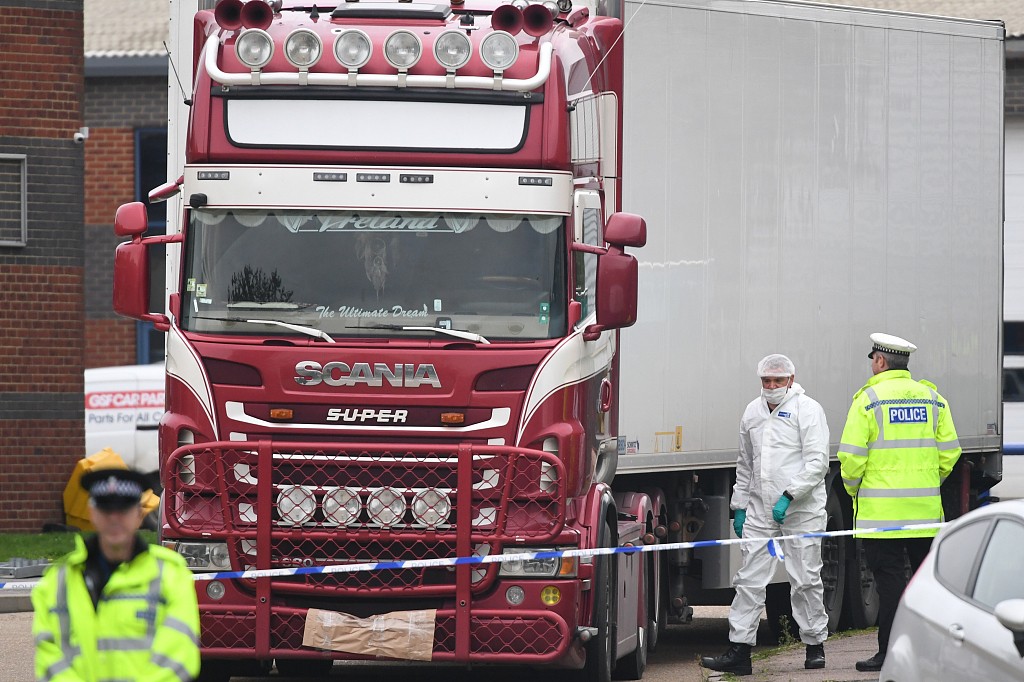 File photo: Police activity at the Waterglade Industrial Park in Grays, Essex, after 39 bodies were found inside a lorry on the industrial estate./ VCG

HANOI, Oct. 26 (Xinhua) -- Several families from Vietnam's central provinces have reported their relatives missing after 39 people were found dead in a refrigerated truck in the British county of Essex.

Seven families in Nghe An province and some others in Ha Tinh province have reported that they could not contact their offsprings in Britain since Tuesday, Vietnam News Agency reported on Saturday. They were seeking assistance from local authorities in ascertaining their children's whereabouts.

Thirty-nine bodies, including eight women and 31 men, were found on Wednesday in a refrigerated lorry container traveling to Britain from the Belgian port of Zeebrugge.

Vietnamese Prime Minister Nguyen Xuan Phuc on Saturday requested the country's Ministry of Public Security, in collaboration with other government agencies and provincial authorities of Nghe An and Ha Tinh, to urgently verify information and investigate cases of illegally taking Vietnamese citizens abroad.

He also requested the Vietnamese Ministry of Foreign Affairs to closely monitor the situation and work with relevant British agencies to confirm the victims' identity.

Vietnam's foreign ministry said in a statement Saturday that it had instructed its embassy in London to assist British police with the identification of victims.