WORLD Vietnamese may be among UK truck victims

Vietnamese may be among UK truck victims 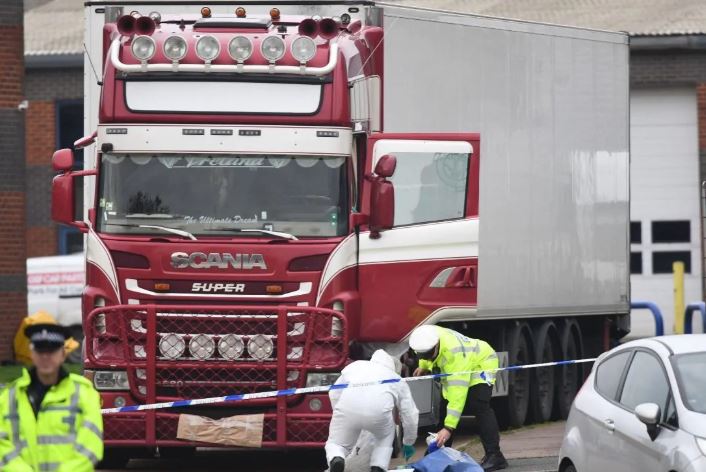 London (People's Daily) -- At least 6 Vietnamese families have said their relatives might be among the 39 victims found in a truck in the county of Essex, in the UK, according to British media.

One of the six, Pham Thi Tra My, a 26-year-old woman whose family paid 30,000 pounds for her to be smuggled into the UK, sent a message to her family Tuesday evening, hours before the bodies were found by Essex police.

Her family released her final message in which she said she could not breathe and was dying and that her trip abroad had failed. “I love you very much Mum and Dad. I am sorry, Mom,” wrote Tra My.

Essex police refused to comment on the newest information but will hold a press conference later. According to the Guardian, police said as investigations continue, “the picture may change regarding identification.”

An expert told the Guardian that Vietnamese people are occasionally given false Chinese passports when they are trafficked through China, which could lead to confusion about their identities.

Meanwhile, Liu Xiaoming, Chinese Ambassador to the UK, said on Twitter that a Chinese Embassy team is working closely with Essex police.

The Chinese government attaches great importance to this horrendous tragedy. “The relevant departments are mobilized and ready to cooperate with the British police with necessary assistance,” Ambassador Liu tweeted.