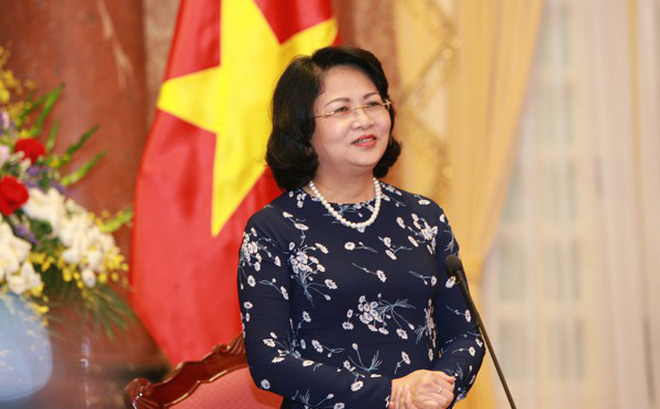 On Sunday, Nguyen Thi Kim Ngan, chairwoman of Vietnam's National Assembly, signed an announcement on behalf of the National Assembly's Standing Committee about the new position of Thinh. Thinh has been the vice president since April 2016. She will act as the acting president till the top legislature elects the new president.